Home » After Leaving With Undisclosed Injury in First Quarter, Brown Ruled Out 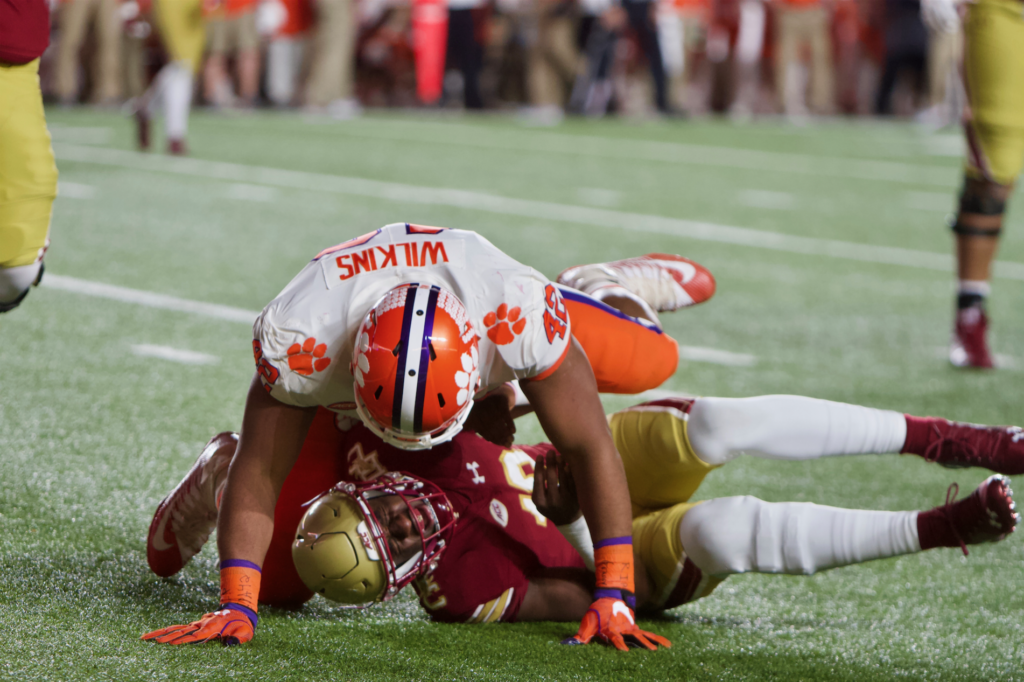 After Leaving With Undisclosed Injury in First Quarter, Brown Ruled Out

On Nov. 11, 2017, Boston College football quarterback Anthony Brown suffered a season-ending torn ACL against North Carolina State. Flash forward 364 days to the No. 17 Eagles’ Saturday night game versus No. 2 Clemson, and the redshirt sophomore gunslinger once again dropped to the field in pain, silencing Alumni Stadium in the process.

At the tail end of BC’s first drive of the game, Brown scrambled out of the pocket on a 3rd-and-10 in attempt to avoid pressure. While being wrapped up by Tigers defensive tackle Christian Wilkins, the Cliffwood, N.J. native threw the ball away—but the incompletion came at a cost. Wilkins drove Brown to the ground, and the underclassman landed hard on his right shoulder.

Brown laid on the ground for a few minutes before being helped to the locker room. It was later announced that he would not return to the game due to an undisclosed injury. E.J. Perry replaced Brown, but has struggled to find any sort of rhythm. Despite only outscoring BC, 13-7, in the first half, the Tigers outgained the Eagles, 260-24, over the course of the opening two quarters.

At the moment, Brown’s timetable is unclear.