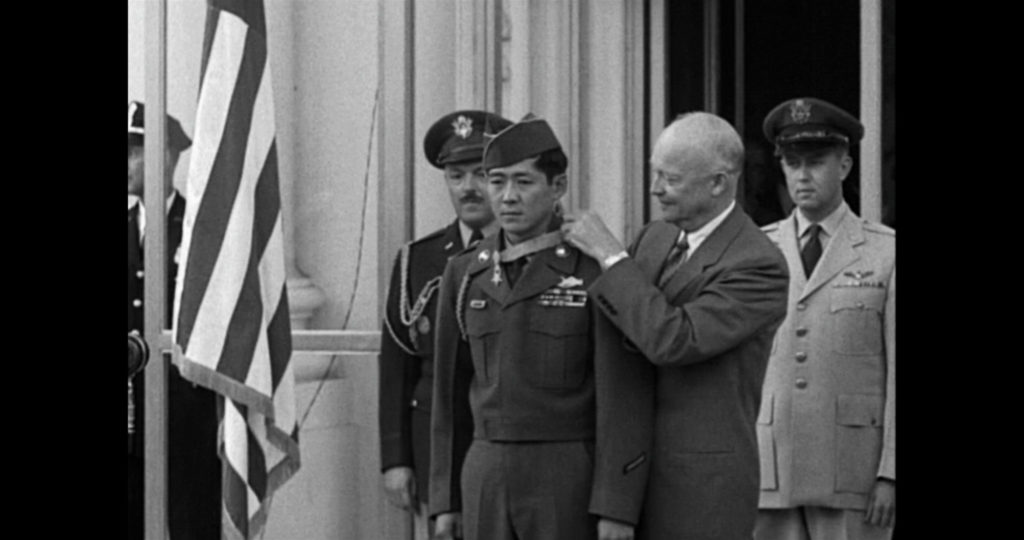 Just in Time For Veteran’s Day, ‘Medal of Honor’ Offers Gleams of Hope

During a time in which documentaries are making a massive resurgence and becoming an increasingly popular form of media, a new, very informative mini-series that goes by the name of Medal of Honor has emerged on Netflix.

This eight-episode documentary series tells the stories of eight different recipients of the coveted Medal of Honor, the United State’s most prestigious military decoration. The stories take place in a variety of time periods and wars, ranging from World War II to 21st century ventures into Afghanistan and Iraq. Each episode consists of a dramatic recreation of the events that each of the Medal of Honor recipients experienced along with interviews with the soldier’s friends, family, and squad-mates, as well as retired officers and other soldiers who earned the Medal of Honor. These two elements wrap together and create a very generic and formulaic, but effective, documentary format. This basic setup for the show is both its strength and its eventual downfall.

Medal of Honor’s format is a positive thing for the show for a few reasons. Most documentaries, outside of a select few that deviate from the norm, are made to tell a story or a collection of stories that people might otherwise never learn about. Medal of Honor is no different, and because the show’s goal is to clearly and accurately provide the viewer with information, the show’s formatting needs to be straightforward and easy to understand so that it can clearly convey the most important details to viewers. In Medal of Honor’s case, the most interesting parts of the individual stories are the in-depth details about the events that earned each soldier the Medal of Honor. Those specifics are presented in a simple and easily understandable way so that the viewer can not only be fully informed about the feats these men accomplished, but also hooked on the story from start to finish. Even so, Medal of Honor’s choice of format is also detrimental to its overall level of quality.

While this particular presentation for the documentary series does manage to clearly communicate the show’s message to the audience, it also restricts the show in terms of both its pure entertainment value and potential to be binge-watched. The format of Medal of Honor isn’t just formulaic, it is almost copied and pasted from episode to episode, making each subsequent addition to the series almost identical in terms of editing and directing. All of the flashback sequences depicting the Medal recipient’s actions are tinted in the same way and filmed the same way, with very little other than the soldier’s uniforms and weapons of choice telling the audience where and when the scene is taking place. In no way are these scenes bad, but after a few episodes, each one starts to melt into the others, making it hard to stay engaged as one progresses farther into the series.

These scenes are also often slowed to a halt with an abundance of cuts to shots of interviewees talking, which unnecessarily disrupts the flow of the episode when the quotes from the speakers could have just been overlaid on top of the scene so that the information could be presented without breaking the immersion. While pure entertainment may not have been the sole purpose of this particular documentary series, having that element in the show is crucial to a show’s success, and Medal of Honor shoots itself in the foot by failing to be as entertaining as possible despite having source material with plenty of potential to be just that.

To put it simply, Medal of Honor is an informative, well-structured documentary series that unfortunately lacks entertainment value. The source material is fantastic, and with a different crew this concept could have been made into something brilliant, but instead it just feels like a waste of potential. Despite all of the flaws in the series’ format, Medal of Honor definitely deserves to be seen by as many people as possible—even if only because the stories it tells about these heroic soldiers who “went above and beyond the call of duty” need to be heard and reflected upon by the masses.

It’s very hard to sit through this series without forming a newfound respect for the men and women who serve in the U.S. Military, no matter how fondly one might have seen them before watching the show. Better yet, with all of the conflict in American politics today, this documentary series has the chance to be a light that can distract people from all of the negativity and give them some American history of which they can be proud.