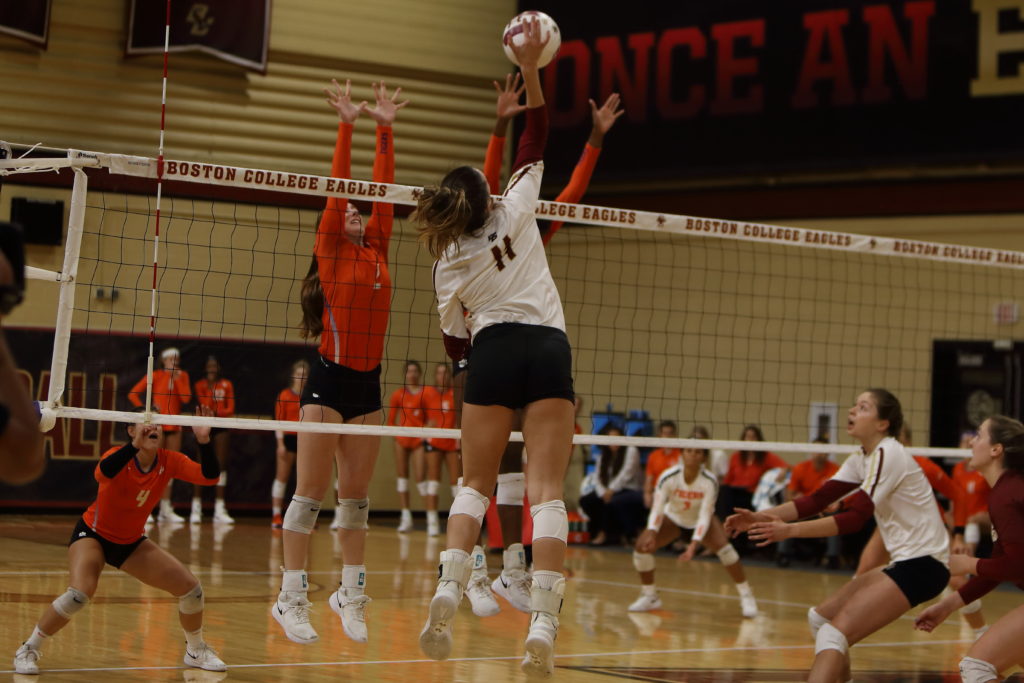 Boston College volleyball (15-14, 5-12 Atlantic Coast) will face off against Clemson (15-14, 6-10) on Friday night, as seniors Camille Oemcke and McKenna Goss finish their respective careers on the road. BC struggled through much of conference play, even losing five straight entering its final three games of the 2018 campaign, but recovered, winning its last two against Virginia Tech and Virginia. The Tigers have traded wins with their opponents over their last four games, and this is their chance to avenge a road loss to the Eagles earlier this season.

Where is BC playing?
Jervey Gym, Clemson, S.C.

How to watch:
The match will be on ACC Network Extra and available on WatchESPN.

1) BC’s attack is fifth in the conference in total kills, paced by Clare Naughton and her 2.51 kills per set. Naughton is one of four Eagles to average upwards of two kills per set, with Cat Balido, McKenna Goss, and Jewel Strawberry not too far behind.

2) In ACC play, BC has had a hard time containing opposing teams, conceding a .246 opposing hitting percentage that ranks 12th in the conference. The Eagles are allowing their opponents 13.69 kills (14th) and 12.98 assists (15th) per set.

3) When BC wins, it often sweeps the competition. The Eagles have shut out their opponents in 10 of their 15 wins and needed five sets to dispatch an opponent just twice.

1) After starting ACC play on a five-game skid, Clemson responded with a much more balanced 6-5 stretch—one that included a four-game home winning streak. The Tigers are 7-4 at Jervey Gym this season, which will be the first home winning record since 2014 for the program.

2) Brooke Bailey has been one of the most consistent point producers since non-conference play ended, as she averages 4.00 points per set against ACC foes—good for the seventh-best output in the conference.

3) Clemson has frequently won the first set, outscoring opponents by an average of nearly four points in the frame this season. All but one of its 15 wins have started with the Tigers claiming the first set.

With a win, the Eagles will finish above .500 for the first time since 2004, their last season in the Big East. This would be particularly impressive considering that head coach Jason Kennedy has largely the same roster that went just 7-23 under Chris Campbell in 2017. In order to secure a road victory—which have eluded BC thus far, having gone just 0-8 in conference play away from home—it needs to replicate its strong effort from the last time the teams met. As Clemson has consistently jumped out to leads in the first set, the Eagles’ defense will need to absorb the opening salvo and improve in the second and third sets to prevent the Tigers from taking an insurmountable lead. BC has an opportunity to end the season on a three-game conference winning streak, and that momentum would surely carry over to Kennedy’s second year. 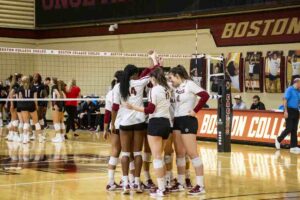