The Undergraduate Government of Boston College hosted an event in Robsham Theater on Wednesday afternoon where students confronted a panel of administrators and students in the wake of Michael Sorkin, CSOM ’21, defacing walls, furniture, blinds, and a mirror in Welch Hall with racist epithets on Sunday.

Those gathered discussed how University President Rev. William P. Leahy, S.J., should make official statements after bias-related incidents or hate crimes occur on BC’s campus and the steps that need to be taken in the short and long term to improve the BC community’s attitudes toward diversity and inclusion.

Attendees filled Robsham to capacity, with overflow crowds filling the Heights Room in Lower and a small foyer behind the theater as well.

Before the panel discussion began, interim Vice President of Student Affairs Joy Moore reaffirmed that Sorkin is summarily suspended, hospitalized, and under psychological evaluation. Along with the charges he faces in Boston, he is also being charged in Newton for the racist epithets he wrote in Welch Hall, and he will likely face hate crime charges. Moore said his belongings have been removed from campus.

Moore then shared a personal reflection on Sunday’s incidents.

After Moore’s statement, Taraun Frontis, vice president of Diversity and Inclusion in UGBC and CSOM ’19, called for audience members to voice their questions and concerns.

The administrators on the panel included Moore; Vice President for University Mission and Ministry Rev. Jack Butler, S.J.; Associate Vice President of University Communications and University Spokesman Jack Dunn; Provost and Dean of Faculties David Quigley; and Akua Sarr, the vice provost for undergraduate academic affairs. Other senior administrators were in attendance, but did not speak from the stage.

The first question posed to the panelists pertained to Leahy not releasing a statement in response to the hate crime on Sunday. Dunn responded by saying that Leahy is “a very good man,” but his policy is to not issue statements because he believes his role is not to tell students what to think, but to teach them how to think for themselves.

Dunn said that Moore and Quigley are responsible for reaching out to students and faculty, respectively, when any incident occurs on campus that requires administrator comment.

“Their words are an extension of Father Leahy’s beliefs,” he said.

Other students pointed out that Leahy emailed students about potential taxes on the University last year and has spoken out about recent scandals in the Catholic Church.

Dunn defended Leahy, saying those were not official statements, but in the one case a letter to the community, and in the other Leahy speaking from a more personal perspective. Students criticized Leahy for choosing to come out and speak only selectively, splitting hairs over statements versus letters, and not attending last year’s Silence is Still Violence march or Wednesday’s gathering.

Multiple times during the afternoon, administrators were asked what steps the University had taken in response to the incident. Responses varied, but one theme was present among them all: Administrators have not developed a concrete strategy yet and are working to establish an action plan in the coming weeks based off conversations with students and faculty.

“Maybe the first step to say ‘How do we make it more safe for black students, for all of us here,’ is for you to hear from me I’m sorry,” Butler said. “I’m sorry as Jack Butler—I am deeply sorry as a Jesuit and a priest—that this environment has not lived up to the standards that I hoped for, and clearly not to the standards that you hoped for.

“So the place to start … is for me and my colleagues to hear the pain, disillusionment, the hate, the lack of safety, and for you to hear not only ‘sorry,’ but I want to be committed to work with you.”

Quigley laid out some tentative plans for how he plans to work with the faculty to ensure students are safe from subtle or overt racism in classroom environments. He said the Office of the Provost would be partnering with Student Affairs and Mission and Ministry to train faculty members on how to react to racist incidents and educate students on matters of diversity and inclusion.

Moore said that she wants to meet with the authors of the resolution passed by UGBC on Monday to construct an action plan. She floated the idea of creating a four-year program existing under the Student Affairs banner that could examine different aspects of diversity and inclusion. She also mentioned potentially incorporating those ideas into academic classes such as the freshman writing seminar or committing to making diversity and inclusion the theme for first-year convocation for the next three to five years.

When pushed on how tangible progress can be achieved, Quigley said that he was of the opinion that the University had fallen short of expectations in the past, and this was something administrators would have to change moving forward.

Moore said that in situations such as the one BC is currently in, a “driver” is necessary in order to ensure progress on campus.

“I take on that responsibility, because I understand it’s about all of us trying to figure out how to make this university better every day.”

One student asked Quigley why Globalization, a course she said that most students agree centers around white history, is able to fulfill the Cultural Diversity core requirement. The provost pointed concerned parties toward the history department and University Core Renewal Committee if they want to ask for changes to core requirements.

One student questioned Dunn about a statement he made in 2015, in which he said that it is difficult to make the argument that BC is an institutionally racist place.

“There’s so many people who have committed their life to opposing racism in every form and so many people of color who have great experiences here, black students over the years who have had great experiences here,” Dunn said in response. “So does racism exists at Boston College? Yes. Do I wish it wouldn’t? Yes. But I didn’t think it appropriate for me to impugn the integrity of the entire institution by saying we are, all of us, institutionally racist.”

Another student asked Dunn why BC social media accounts advertised the Silence is Still Violence march as if it was promoted by the University, when it was in fact held in response to the administration’s lack of response to racism on campus.

“I think you need to be mindful of the truth, which was several thousand people—black, white, yellow, brown—marched in that march, because we all felt compelled to speak out against racism, to show our solidarity, to show our belief that we’re best as a community united, rather than divided by acts of hatred that I don’t think speak for the broader community,” Dunn said.

He also apologized for any repercussions of that effort creating the appearance of “hijacking” the event, stating that it was not the University’s intention.

The same student also said that advertising BC as a diverse and inclusive place was a lie, as black students only make up 4 percent of the student body—a figure that has only increased by 1 percentage point since 1980.

Dunn disagreed with the idea that BC misleads students, saying he thinks that BC has a diverse community and that every student who attends the University does so for a reason “far greater” than a marketing brochure.

Toward the end of the gathering, a student came to the mic to describe instances in which he was personally racially attacked—the student said he was called the N-word three times and “black motherf—ker” twice by “students who are thinking freely for themselves”—at BC. He then asked the administrators onstage to describe BC’s shortcomings. Moore responded by saying the lack of black faculty and administrators on campus was a serious issue in the University community.

The question-and-answer period was followed by a spoken word performance by Grace Assogba and Latifat Odetunde, both MCAS ’22. The spoken word referenced BC as standing for “Be Careful” and noted how marginalized black students are on campus, despite the University’s Jesuit values that specifically call on the BC community to be men and women for others.

Clarke closed the event by mentioning that there will be a series of town halls held next semester in response to the events of the last year, with the first one taking place the week of Jan. 23. She then ended by asking the white students at BC to engage in difficult conversations with their peers. 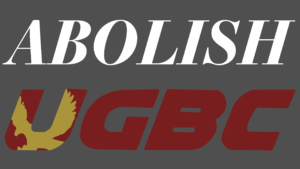