Massachusetts Senator Elizabeth Warren announced that she is considering running in the 2020 presidential election in a video she released on Monday morning to supporters.

The Democrat said that she will be convening an exploratory committee to discuss the possibility of candidacy.

In the four and half minute video, Warren spoke about her own middle-class background. Her mother took a minimum wage job at Sears after Warren’s father suffered a heart attack leaving him unable to work. Her mother’s job saved the family, she said, and allowed Warren the opportunity to become a teacher, a law professor, and a senator.

The chances that she was given, she goes on to explain, are not as common for middle class families today—especially for those of color.

“America’s middle class is under attack,” she said.

She has spent her career studying the reasons why some families are successful, while others who work just as hard slip through the cracks, she said. She found that these cracks are actually traps.

“Billionaires and big corporations decided they wanted more of the pie,” the 69-year-old said. “And they enlisted politicians to cut them a fatter slice.”

Warren made history when she was the first woman in Massachusetts to be elected to the Senate. Before then, she was a professor at Harvard University and had never held political office.

In 2008, she was appointed to chair the Congressional Oversight Panel, leading interviews with government officials and looking for accountability with big banks. Her work led the Boston Globe to name her “Bostonian of the Year” in 2009.

Then-President Barack Obama named Warren as the president and special advisor to the secretary of the treasury on the Consumer Financial Protection Bureau. Her role allowed her to become instrumental in the development of the watchdog agency, designed to protect consumers from risky loans after the 2008 financial crisis.

Warren has faced criticism for stating her Native American heritage in some academic applications. She defended her decision, saying that it is an important part of her family and culture and releasing a video of a geneticist explaining that Warren does indeed have a Native American ancestor. She has come under fire from President Donald Trump for her decision to release the video.

“Pocahontas (the bad version), sometimes referred to as Elizabeth Warren, is getting slammed,” the Republican said in a tweet. “She took a bogus DNA test and it showed that she may be 1/1024, far less than the average American. Now Cherokee Nation denies her, ‘DNA test is useless.’ Even they don’t want her. Phony!”

Warren made a call to action at the end of her campaign video, asking her supporters to continue to come together as they have for the past two years to protect the “promise of America.” 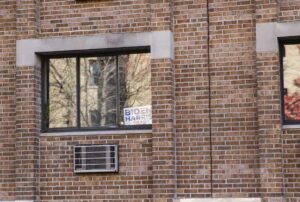