James Blake has managed to make an entire career out of releasing incredibly depressing music. All of his prior albums and EPs—which are for the most part rooted in the sounds of soulful R&B—have consisted of hollow or skeletal music that evokes feelings of isolation, longing, and overall sadness. Blake’s name had become so synonymous with melancholia that his songs have almost exclusively been reserved for the later hours of the night.

The sadness has notably been represented by the experiences of his life: Blake has mentioned that the constant work, touring, and lack of rest can wear on the soul. Having started music at such a young age, the artist has had ample time to feel the negative side effects of his nomadic lifestyle. He has been candid about his struggles with mental health in the hopes of raising awareness and combating the wave of depression that seems to plague many artists. But on his new album, Assume Form, Blake takes a step in a completely different direction, delivering his most optimistic album yet.

Blake attributes this new perspective and love of life to his relationship with girlfriend Jameela Jamil, who is most well known for her portrayal of Tahani on NBC’s The Good Place. The first single from his new album, “Don’t Miss It,” is a perfect representation of this newfound happiness.

Lyrics such as “When you get to hang out / With your favorite person everyday / When the dull pain goes away / Don’t miss it” show a side of Blake that his listeners are not quite used to. Gone are the songs about pain and longing for affection, replaced with contentment and appreciation for a stable and comfortable life. Blake shows that he has taken noticeable steps to improve his quality of life over the past few years, and these steps have helped the artist rebrand himself.

No stranger to the transience of certain aspects of life, Blake acknowledges that this happiness may not last forever, but also makes sure to show that he is doing his best to make sure that it carries on for as long as it can. A perfect example of this is on the title track, a song in which he describes steps he’ll take to maintain this stability. Lines like “I’ll be out of my head this time” and “I’ll be reachable to her” show a mentally fortified Blake, who acknowledges his tendency to let the roller coaster of emotion that comes with his depression often overtake him and clarifies his desire to live in the present, appreciate the moment, and be more accessible and open.

Not every song on the album holds as much emotional weight, but nevertheless all remain enjoyable. On the second song on the album, “Mile High,” which features Metro Boomin and Travis Scott, Blake and Scott go back and forth, toying with the idea of joining the mile-high club. Although not a thought-provoking song, the track displays a humble admittance that it is nothing but a fun listen.

As much fun as he’s having, Blake does make clear his doubts about this sudden shift. On “Where’s the Catch,” a track that features the ever-elusive Andre 3000, Blake and Andre exchange verses expressing how some things can simply be too good to be true: “There’s no reason really, treason to myself / So silly / So perfect, so perfect, so why do I look for / Curtains?” Andre wonders, pondering why it’s so easy to believe that even when things are going well, there must be a draw back.

While questions about the downside might always loom over Blake, he is occupied enough with his life to live in the moment as best he can. On the album’s closer, “Lullaby for My Insomniac,” Blake shows a desire to be there for his significant other and help her as she’s helped him. He expresses his hope that he can calm her down and help her sleep, but he acknowledges that even if he can’t, he’ll be more than happy to stay up with her and enjoy their time together.

Blake had very clearly been pigeon-holed as a depressed crooner over the course of his career, but on this new album, he begins to shed his sad-boy persona. Blake delivers a beautiful album about enjoying life and keeping your head up, something that many people can relate to. While it may be hard to fully resign oneself to happiness, a conundrum that is at the center of this album, Blake makes it clear that he’s going to try his best to let go of his baggage so he can open himself up to those he loves. Assume Form is a beautiful album with a powerful message, and it is definitely a step in the right direction for Blake, both sonically and personally. 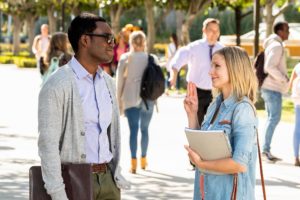