Home » ‘Everybody Knows’ Comes Across as a Soapy Thriller 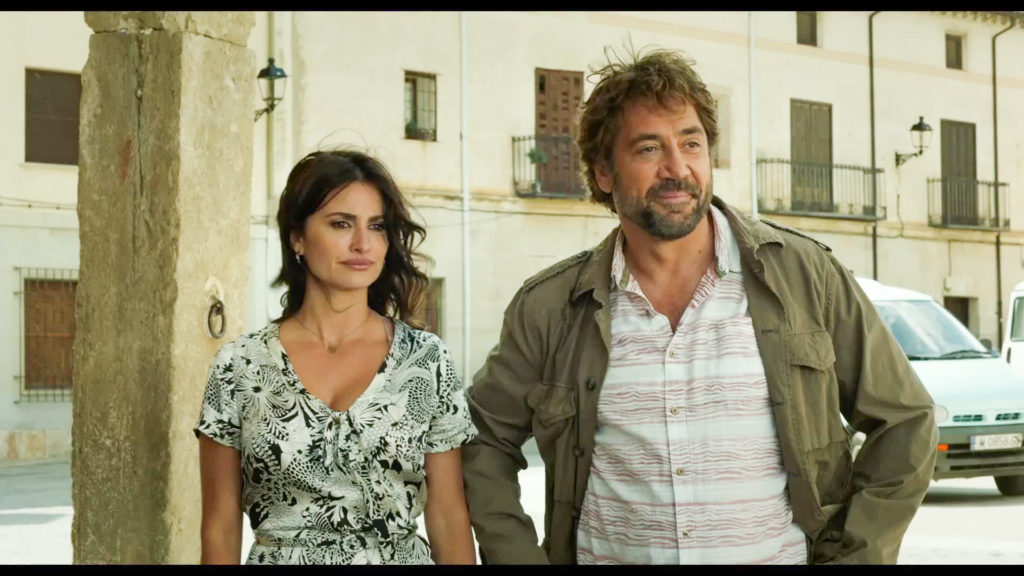 ‘Everybody Knows’ Comes Across as a Soapy Thriller

Everybody Knows, the latest from acclaimed Iranian director Asghar Farhadi (A Separation, The Salesman), plays out like some outrageous, overly serious but deeply sincere, art-house rendition of Clue set in the Spanish countryside.

It wastes no time, introducing the members of the extended but fractured family at the center of the story, some of which have just arrived from their home in Buenos Aires. Chintzy affection aside, these opening scenes reveal that this insular family has some money, and the delineation between insiders and outsiders begins to carry more weight as the plot unfolds. The occasion for this overdue reunion is a wedding, and the family’s sizable estate serves as the spot for the after-party. Everything seems to be going well enough until a power outage cuts the lights and music before guests realize that someone has disappeared. Rumors and accusations fly and, soon enough, one character claims, “One of the guests must’ve been an accomplice.”

It’s Laura (Penelope Cruz), the bride’s sister and the film’s reasonably morose protagonist, whose teenage daughter Irene (Carla Campra) has gone missing. She soon gets a text from the anonymous kidnappers asking for ransom money, and this predicament, as expected, sends the family into a frenzy. Paco (Javier Bardem), a family friend and local winemaker, begins to take on a prominent role in this debacle when his former romance with Laura comes to light—as the title implies, it becomes the talk of the town.

Along with a few other twists and turns, this revelation raises questions about class and fidelity, and ultimately puts into question each and every marriage at the center of the film. Bea (Bárbara Lennie), Paco’s loving wife, soon becomes deceitful, as is the case with Laura’s husband, Alejandro (Ricardo Darín), who originally stayed back in Argentina for business meetings but shortly after meets up with the others in an effort to help save his daughter.

Farhadi constructs this scenario as an excuse to explore the slow disintegration of a family, which ends up making this play seem like a thriller without any thrills. With a runtime of 132 minutes, Everybody Knows slumps along without ever showing the slightest interest in plot, choosing instead to wallow in languorous ennui and explore the fragility of the family unit, which may have been more engaging if this sort of stagy character study weren’t so obvious and unsurprising.

It becomes plainly clear that these characters care far more about their own unraveling than they do about finding Irene, which may very well be the point, but it’s this incessant wheel-spinning, achieved with all the knotty narrative machinations, that place this film in some liminal space between a generic thriller and a languid drama. It ends up adopting the worst of both genres—it’s far too slow to be suspenseful, and its exploration of class and gender is too shallow to be interesting.

The film almost appears to work when it’s deliberately complicating—and attempting to problematize—our relationships to its characters, but even then, it eventually drops the ball when it becomes apparent that these developments are only included to disorient. Farhadi raises issues of class, generation, and gender only for the sake of interrogating how they can complicate our relationships. He seems to have very little interest in actually probing the ethical ramifications of these social discrepancies. These divisions become mere excuses for drama, and as such, they feel almost incidental and petty.

Every moment here also happens to come brimming with a hearty helping of melodramatic excess. The opening scenes leading up to Irene’s capture shimmer with a bright, phony exuberance that comes undone once tragedy strikes. Images and dialogue turn dour instantly, as characters aimlessly wander down the hollow halls of their homes and the vacant streets of the small Spanish town, questioning both themselves and everyone around them.

There’s a heavy-handedness behind all the plot machinations, and the film’s slowness is in no way complemented by subtlety. Among other things, Everybody Knows wants to be about time, its passing, and our ambivalence to its steady march—so it opens with images of a dilapidated clocktower. It’s this sort of pretentious posturing that dominates the film, and puts it squarely in line with a host of other Euro-art films and Cannes competitors that take themselves far too seriously.