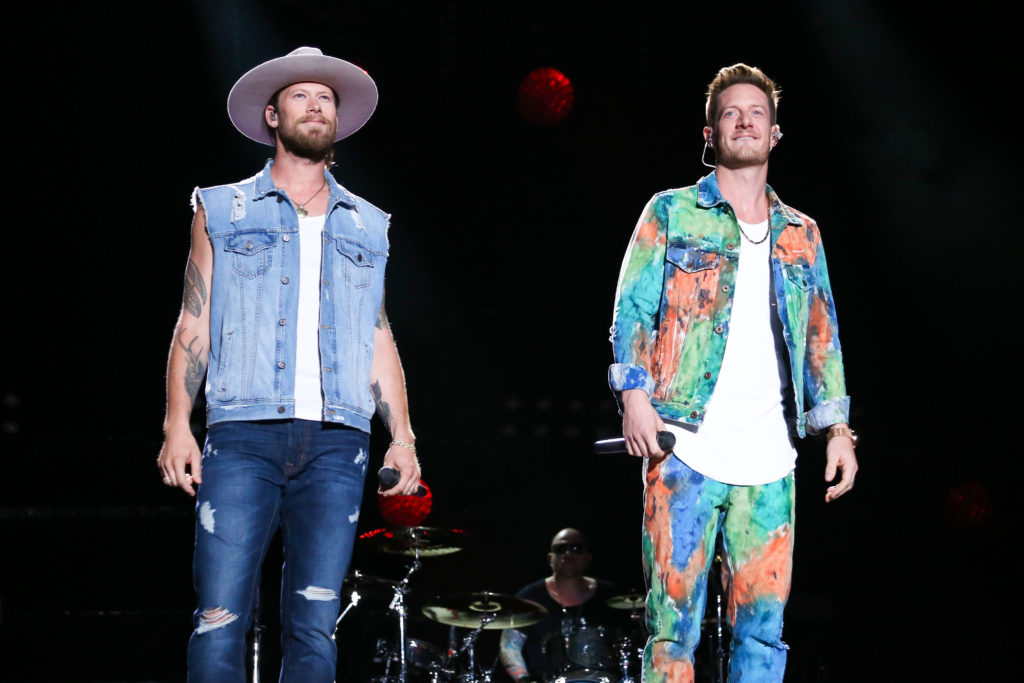 It remains to be seen if country can survive as a genre. Is it an authentic representation of some idyllic American heartland, or just an opportunistic way of rebranding pop for a certain subset of the population? For the cynics who believe the latter, Florida Georgia Line represents everything that is unholy about modern-day “bro-country.” Stylistically, what it’s doing can hardly be called country. The duo heavily borrows heavily from mainstream pop and hip-hop and then inserts the requisite acoustic guitar and references to beer, trucks, and blue jeans. The result seems to be good enough for mainstream listeners. In Can’t Say I Ain’t Country, the duo manages to find enough country tropes to last 15 songs. These pass muster–—barely—–as country songs, but whether they’re actually good is another matter.

In the title track, “Can’t Say I Ain’t Country,” the duo flaunts its country street cred, taking pride in white trash trademarks like Mountain Dew and chewing tobacco. It’s vaguely repulsive, and things get especially bizarre in the bridge when Florida Georgia Line proclaims “You can say that the world’s flat / You can say we never made it to the moon / You can say we all come from a bunch of monkeys / But you, you can’t say I ain’t country, no.” According to Florida Georgia Line, flat-earthers and moon landing deniers are on the same level as those whackos who believe in evolution.

“Speed of Love” is an unexpectedly fun track that, big surprise, compares a whirlwind romance to a NASCAR race. The lyrics are shamelessly corny—–the duo uses the phrase “knocking boots” with no qualms whatsoever. Yet the chorus is undeniably catchy, racing by like the relationship in question that’s going way too quickly.

The album is interspersed with skits featuring the hapless but well-meaning Brother Jervel who calls the duo and leaves a series of rambling voicemails about NASCAR, church fundraisers, and other hallmarks of daily life in the rural south. Jervel is a cheesy caricature, but his pathetic attempts to get in touch with the duo become strangely endearing after a while.

Things get really terrible with “Women,” a collaboration between Florida Georgia Line and Jason Derulo. That combination works just as well as one would expect it to. Dramatic piano chords ring out as Derulo’s obnoxious falsetto flutters around and the men start giving details about their sexual awakening that no one wants to hear. Derulo and Florida Georgia Line come together for the chorus, a delightfully bland series of empty platitudes: “Women, God-given women / The reason we’re livin’ and lovin’ this life, Hallelujah.”

The duo tries its hand at a political unity song with “People are Different.” Unfortunately, the track’s title is as deep as the message gets. Florida Georgia Line throws out a barrage of clichés—: “love thy neighbor,” “slip on a pair of another man’s shoes”—yet none of them seem to stick. It’s admirable that the duo is willing to venture beyond country tropes and address the current climate, but the gesture feels forced.

“Small Town” is the album’s most blatant use of country tropes in place of actual substance. It’s essentially a list of so-called symbols of small town authenticity without any context or purpose, except a declaration that if you own a John Deere tractor or have gone cow tipping, “You might be from a small town.” That’s a pretty uncertain claim. The least that Florida Georgia Line could do is be sure of itself when distinguishing the small towners from the city slickers.

“Sittin’ Pretty” is Florida Georgia Line at its most effective. The flirtatious lyrics are vapid, but they flow well, the wordplay hitting home without coming off too cheesy. “I know you’re in the mood with literally nothing but each other on the to-do list” could be clunky, but Florida Georgia Line manages to breeze right through phrases like this adeptly.
If Florida Georgia Line is country, as they constantly insist in Can’t Say I Ain’t Country, the future of country doesn’t look bright. The loss of country’s actual stylistic features parallels the disappearance of authentic, blue collar Americana, and neither of these bode well for the genre. If Can’t Say I Ain’t Country is what’s left of country, the right thing to do is put the genre out of its misery. Better it be immortalized in the past than perverted for the sake of selling records. 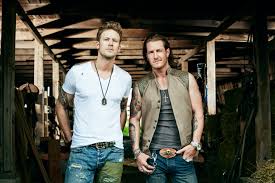