Offset Plays the Family Man in ‘Father of 4’

Opinions on the debate of who the best Migos member is vary, depending on who you are talking to. Quavo, Offset, and Takeoff have all been individually touted as the most skilled or most entertaining of the group. In all honesty, each artist brings something different, something that typically gets lost in the new Migos formula of quantity over quality.

With the trio having finally released their solo albums, one thing has become clear: At this point, Offset is the only member of the group who is willing to look inward and bring his fans along with him.

“Fatherhood was missing in my life and sometimes I have to be missing for work but it all comes back to the little ones I’m setting them up for the future,” Offset said in a Twitter thread on Thursday while discussing the inspiration for his debut solo album, Father of 4. “I’m not a perfect father but I am a father of 4.”

On this album, Offset attempts to tear down the layer of machismo and impermeability that surrounds the Migos, toning down the braggadocio and taking an introspective stance, bringing his fans into his world.

Offset has undoubtedly lived a rough life—he was born into poverty and used the streets to make ends meet. He has had to fight for all that he’s acquired, losing friends along the way, and, on occasion, it’s seemed like all that he’s acquired might just slip away, whether due to the prison system, a horrible car crash, or his own infidelity. But he is a fighter, and—as he’s previously emphasized—he has only one inspiration: providing for his children and ensuring that they never have to experience what he dealt with growing up in Atlanta.

Offset’s message has never been clearer than on the intro track to the album. On “Father of 4,” over Metro Boomin and Southside production—the duo that produced the entirety of this album—Offset wears his heart on his sleeve, issuing an apology to his children for not being there for them all the time and committing to being a better, more present father. All this is established after a rousing intro by Big Rune, who proudly pronounces Offset as more than an artist, but rather a “reality-smith.”

His children are not the only subjects of his album. On the standout track “How Did I Get Here,” Offset and J. Cole wax poetic about their upbringing, the struggles they had to endure throughout their lives, as well as the obstacles they have faced. Cole continues his fantastic run of features, contemplating his own family struggles, in addition to unfairness of the system in play. On fellow standout track “Lick,” over upbeat production, Offset describes the life he used to live, detailing how he and his boys had to rob to survive, doing whatever was necessary to keep afloat in the system that worked against them.

While Offset is clearly willing to look inward, he is still more than willing to show off all that he’s acquired as well. On songs like “Tats On My Face,” “Made Men,” and the Quavo-assisted “On Fleek,” Offset happily flexes over menacing production, making it clear that, while he is willing to let you into the mind of Offset, he is not past making the classic Migos hype tracks. While these tracks do get repetitive and fail to stand out when compared to songs from the Culture series or his collaboration with 21 Savage and Metro Boomin, Without Warning, there are tracks which run with the formula and make it work. Standouts like the 21 Savage and Travis Scott-assisted song “Legacy,” and “Clout,” the first Offset and Cardi B collab since their reconciliation, work perfectly, mixing the classic trap vibes with exciting lyrical work.

Offset has come a long way from the days when he was trapping in Atlanta, doing whatever he could to keep himself afloat. He is now a multi-platinum artist, a millionaire, and a father. On this album he aims high, hoping to let you into the mind of the man behind the image of the untouchable, iced-out rapper. With the help of Metro Boomin and Southside production, Offset attempts to create a trap version of 4:44. And while at times Offset delivers on his promise—providing the listener with the sort of introspection and reflection that fans often want from their artists—the album ultimately falls short of his own lofty expectations.

The album is at its weakest when Offset reverts to the Migos formula with songs that pander to radio play and the charts, and a case would be made that the album would be better—or at least closer to the album he promised—if these tracks had been left off the album. The final two songs on the album, “Red Room” and “Came A Long Way,” are the perfect blend of what the fans have come to love from Offset and the type of introspection that he aimed for and are arguably two of the best songs of his career, including his work with Migos.

Although Father of 4 is far from perfect, it is exactly what you’d want to see from an artist like Offset. Breaking from Migos, Offset provides a great album that will not only please his fans, but also shows the potential for the rapper to establish himself as the “reality-smith” that he promised he’d be. 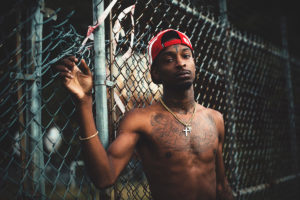