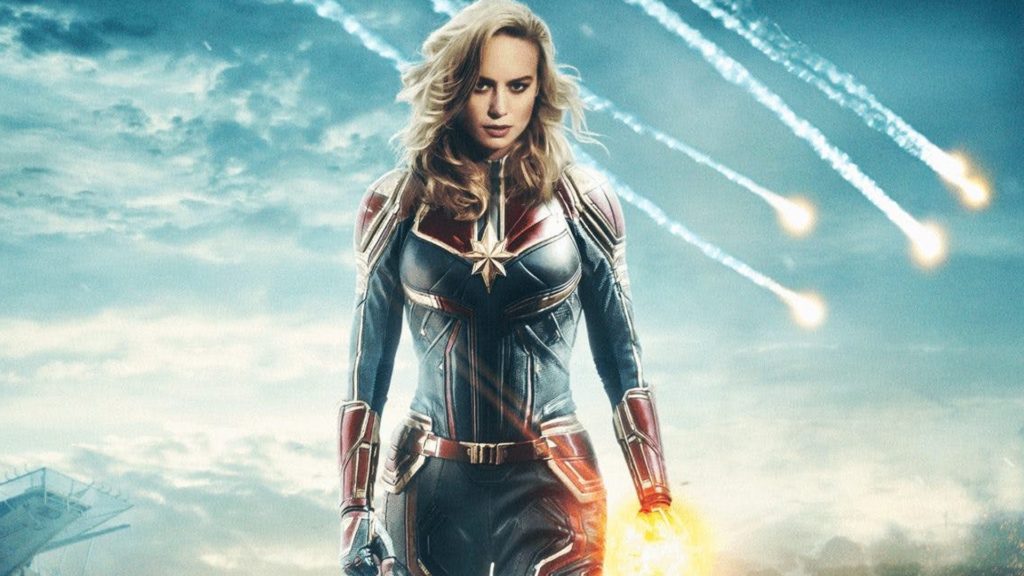 ‘Captain Marvel’ Moves Marvel Forward, But Harps on Hero’s Past

Captain Marvel simultaneously accomplishes one of its missions and gives a less-than-admirable performance for the other. As a part of the Marvel franchise, it stands as an exciting prelude to the inevitable titan Endgame which will premier in late April, but graded on its own merits, it struggles as a standalone viewing experience. That’s not to say that there isn’t anything to like here, as Brie Larson does an adequate job playing the lead role and the technical aspects of the movie are stellar, but it’s brought down by a jumbled story and uneven pacing. Even so, there isn’t anything in the movie at which one can definitively point as the one huge problem that brings it down, but rather, the entire project seems to be plagued by an overwhelming feeling of mediocrity.

Captain Marvel acts as an origin story for the titular character, as the audience follows ‘Vers’ (the name Captain Marvel goes by early on in the movie) through her time with the alien race known as the Kree. Also highlighted are the Kree’s struggles against the Skrulls, another alien race with whom they have been perpetually at war. It’s fairly typical superhero fare, but the plot starts making allusions to time travel very early on, visions of Vers’ forgotten early life emerge. Alliances shift and change throughout the movie, adding an element of conflict to the plot: Vers struggles with both the relationship and morals of the Kree and the Skrulls as well as with discovering her own identity.

While there isn’t anything wrong in theory about the plot, and, overall, it does a reasonably good job of creating a compelling origin story for the hero, its organization can be confusing at times. Multiple flashbacks naturally tend to complicate a plot, and the usage of visions of the past in Captain Marvel could have been executed more smoothly. Many of them are inserted unnaturally and too frequently, constantly yanking the audience out of the current action. It’s understandable why the directors wanted to space them out as much as they did—the purpose is for the viewer to discover information about Captain Marvel’s origin story as she does—but seeing as this is a Marvel film, which usually thrive off linear, uncomplicated plots, it likely would have been better if they dispensed all of the necessary exposition at the beginning of the movie and then let the rest of it run unhindered. The casual viewer will likely feel a bit off-put at the strange pacing with which they are presented.

In contrast with the haphazard storytelling, the technical aspects were, as expected of a Marvel film, fantastic. Special effects, sound, and everything in between were on point. The acting was good as well, with all of the roles being filled sufficiently. The humor, for the most part, lands, although some of the jokes thrown around are overly slapstick. The funny moments in Marvel films seem to be at their best when they are supported by the whole cast of Avengers, and Larson unfortunately isn’t charismatic enough to carry the load all by herself.

One can’t go through watching Captain Marvel without the feeling that more could have been done. For a superhero movie, it’s decidedly less grandiose than many of its peers and doesn’t open up to all of its cinematic splendor until the tail end of the film. It’s quite clear that the directors and writers played this one safe, likely because its main purpose is to justify the end credits scene of Infinity War. However, since its purpose is so tightly intertwined with the Avengers films, it begs the question: Does this movie have a point? Would there have been a Captain Marvel movie without the existence of the Avengers franchise? The answer to those questions is likely a resounding no.

Reviews aren’t likely to sway the hardcore fans, as those invested in the Avengers movies will already see this on principle. However, for the casual film-goer, who likely isn’t marking their calendar excitedly waiting for late April, it would be probably be best to pass on Captain Marvel.