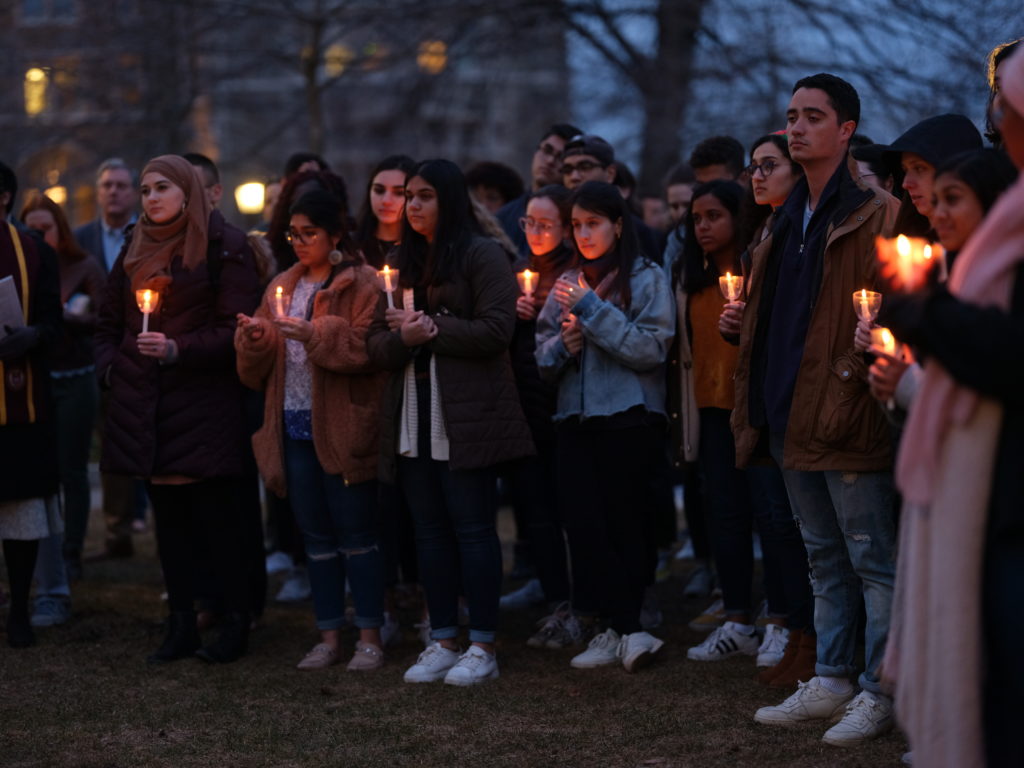 Hundreds of students and faculty gathered for a candlelit vigil on O’Neill Plaza in the wake of the terrorist attack on a mosque in Christchurch, New Zealand last week.

The Muslim Student Association (MSA) sponsored the prayer vigil to honor the lives of the 51 victims lost in the terrorist attack on March 15. The vigil was an opportunity for the Boston College community to show that it stands in solidarity with Muslims on campus and condemns horrific, senseless acts of violence that spread hate, pain, and division, according to Interim Vice President of Student Affairs Joy Moore.

Tarannum Rahman, president of MSA and MCAS ’20, organized the event to honor those whose lives were taken in the place where they gather to express their gratitude and love for Allah, she said. In the week following the attack, Rahman attended all of her classes and no one, other than Muslim students, said a word to her about the attack, she said.

“I want the BC community here tonight to know that Islamophobia exists all around us, and it continues to threaten our future,” she said.

Rahman wants more than just the thoughts and prayers from her peers, but for them to expand their cultural competency farther and learn about Islam. Through this, people can connect with the Muslim community and “spread the message of love and peace,” she said.

Moore took the mic next.

“We cannot fathom their pain, but we can join them in prayer,” she said. “We offer support and share their pain and sadness.”

Moore, who released a statement of support after the attack to Muslim students on campus, emphasized the ripple effect that small, random acts of kindness can have on the community and how it is necessary to expand our world view to have “deeper understanding of why God put us here.”

“Merciful God, hear our prayers this night for a world that will respect the God-given rights of all of your citizens,” he said.

He said, in order to strengthen the community, everyone must look inward. BC stands with all religious faiths, dedicating itself to work and serve the rights of every person, he said.

Several members of MSA took the mic to share their reactions to New Zealand attack, some reading prepared speeches and others speaking off-the-cuff.

“When I first heard about what happened, I didn’t even know how to react,” said Rockib Uddin, MSA secretary and MCAS ’21. “It something that you don’t really expect. It’s so random and devastating that it takes time.”

Once the shock settled in, Uddin thought of his family and the ‘what ifs.’ He drew connections to other places where Muslims are facing discrimination, like China, Syria, and Somalia, leaving with a simple request—“Don’t hate. Show the love.”

“This [vigil] isn’t just for the victims of New Zealand, it’s for the Muslims suffering around the world,” he said. “It’s time for us to start loving our Muslim brothers and sisters.”

Representatives from other student faith groups on campus offered prayers and words of support for Muslim students. Ben Thomas, president of Hillel—BC’s Jewish student organization—former Heights editor, and MCAS ’21, felt it was “extremely important” to speak out in response to Christchurch, as the Jewish community experienced an act of terrorism a few months ago.

“Knowing that bigotry and hate is never unique to just one culture, race, or religion and, unfortunately, in a country such as the United States, that today seems to be openly motivated by fear and hate and violent action,” Thomas said. “At a school where it can be hard to feel comfortable and cared for when 51 innocent human beings are killed in an act of religious terrorism, things only seem to be spiraling out of control.”

Thomas, as a Jew at a Catholic school speaking in support of Islam, turned to the Torah and offered a reading to the crowd from Leviticus 19:18, “Love your neighbor as yourself.”

Fatoumata Sal, MCAS ’21, stressed that through her frustration, it is imperative to recognize the beauty in difference.

“The fact that we are all here together and not one of us in the same, not one of us has the same ideology,” she said. “We are all individuals and our differences are what make us human.”

Featured Image by Sam Zhai / For the Heights 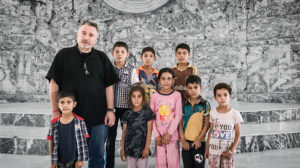 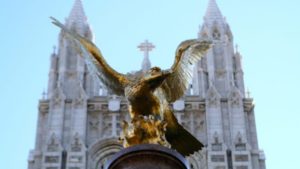 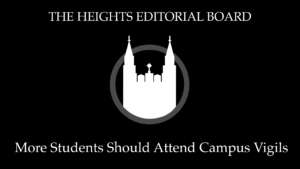