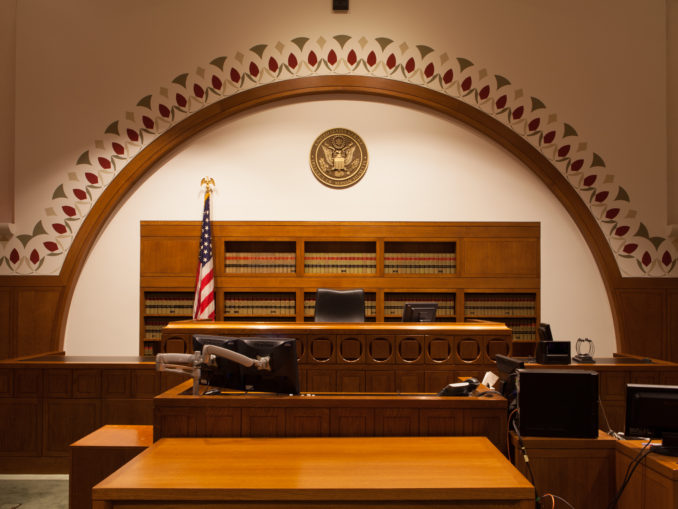 Representatives from both sides in the $3 million lawsuit pending against Boston College submitted motions to Judge Denise Casper regarding witnesses to be called, admissible exhibits of evidence, and whether there will be a separate hearing to determine if damages will be capped over the past two weeks. A hearing is scheduled for this Thursday, during which Casper will hear arguments in regard to each motion.

The most pressing issues concerning both sides are whether Brett Sokolow, a lawyer who founded the largest education-specific law practice in the country and typically works for and represents colleges and universities; Nancy Moore, an expert on professional ethics for attorneys and a Boston University law professor; and psychologists and vocational experts who have evaluated the plaintiff—identified only as “John Doe” in court documents—should be able to testify during the trial.

Doe was covering the 2012 AHANA Leadership Council Boat Cruise for The Heights when the alleged assault occurred.

Sokolow’s testimony was severely limited per a previous ruling by Judge Denise Casper, but the University is still arguing that even this newly limited testimony should not be admissible to the court. BC argued that Sokolow interprets the views of former Executive Director for Planning and Staff Development Carole Hughes—who currently serves as a senior associate dean for Student Affairs—and former Dean of Students Paul Chebator, which couldn’t be possible since Sokolow did not experience the events firsthand.

In addition, the University argued that Sokolow leapt to a conclusion based on how the University handled distributing a Sexual Assault Notification Form, making his testimony regarding that matter inadmissible.

Sokolow argued in his submitted testimony that the administration passed over an error on the Sexual Assault Notification Form that influenced how Hughes, Chebator, and the hearing board members approached the case, violating Doe’s rights to a fair hearing.

The University is arguing Moore shouldn’t be allowed to testify because her previously filed testimony does not have to do with the two remaining issues the jury must decide on: whether BC influenced the hearing board’s final decision and whether an alternate culprit was “put at ease,” negating the basis of Doe’s defense. Instead, the University argued that Moore is concentrating solely on the actions of BC General Counsel Joseph Herlihy, and neither the First Circuit Court of Appeals nor the Massachusetts District Court have found fault with Herlihy in the past. Casper actually dismissed the plaintiff’s argument that Herlihy should be added as a one of the lawsuit’s defendants.

Doe is arguing that Moore provides expert testimony that identifies Herlihy’s actions as affecting the fashion in which Hughes gave special treatment to the potential alternate culprit, as well his conflicts of interest that prevented Doe from having a fair hearing.

The University said that testimony from psychologists and vocational experts who have evaluated the plaintiff, either for medical reasons or to calculate how much money Doe is entitled to, should not be able to testify. BC argues vocational experts cannot make medical determinations that can correctly evaluate how much more money Doe is owed, due to his being diagnosed with a disability.

Doe responded by saying that the vocational expert, Steven Shedlin, thoroughly explained the rationale behind his calculations, which he noted changes based on whether or not Doe has been diagnosed with a disability—a psychologist has diagnosed Doe with post-traumatic stress disorder.

The jury trial is scheduled for April 22.