Ramirez: Senior Year: Am I Gonna Miss This?

When my dad called me on the night before the first day of my senior year of college—a day I’m refusing to dub my “last first day,” since we all know well that the tug of grad school will pull me under soon enough—a broken record played on the other end.

It was me, complaining about having to return to Boston after spending the summer in New York. New York is, in my humble opinion, the city form of Enobarbus’ description of Cleopatra in Shakespeare’s Antony and Cleopatra: “Age cannot wither her, nor custom stale her infinite variety. Other women cloy the appetites they feed, but she makes hungry where she most she satisfies.” (See dad, that $70k a year is already paying for itself.)

In layman’s terms, New York just hits different. On the subway ride to JFK, I could feel myself getting farther and farther away from good bagels, similar to the way one feels a cold coming on: One minute I felt an itch in the back of my throat, and by the time I was somewhere in Brooklyn, I was crying (silently, so as not to annoy the other MTA passengers) because of the pain. In the weeks since I’ve been gone, I’ve even grown to miss the rats that scurry along the train tracks and the persistent smell of hot trash in the streets. Few cities could have such an impact.

My dad gave a textbook response that reeked of the truism that “college is the best four years of your life,” and something along the lines of “try to enjoy it while it lasts,” “life won’t always be so easy,” etc., etc. Overall, it carried the general sentiment that “you’re gonna miss this.”

On the first day of classes I woke up with a head cold, but not the medical sort: I had a country song stuck in my head, and unfortunately not the Kasey Musgraves sort.

“You’re Gonna Miss This” by Trace Adkins played over and over like a broken record as I ran a straightener through my hair, poured cold brew into a New York Starbucks mug that you could probably get on Amazon, and sifted through my “mixed emotions” playlist on Spotify, which notably doesn’t include the song. Ironically, I made the playlist when I moved from California to New York in May and still wasn’t quite sure I could survive the city. The playlist started with songs by Cigarettes After Sex and The Smiths and ended with Lizzo songs I added a week ago, so I think I did OK.

Trace Adkins’ “You’re Gonna Miss This” is an objectively good song, despite it being a country song. It’s in the same category as “Colder Weather” by Zac Brown Band, “Springsteen” by Eric Church, and “Before He Cheats” by Carrie Underwood in that its twangy vocals and excessive acoustic strumming belie its universality.

Essentially, it tells the story of a girl as she moves through life with her eyes fixed on the road in front of her—it’s a good way to drive, but, at least according to the sage voices of her parents and a plumber, it’s not the most gratifying way to go through life. “You may not know it now / But you’re gonna miss this,” Adkins’ voice of wisdom warns. It used to play when my mom listened to the Bobby Bones Show while driving me to my high school: I heard it just enough times to remember the chorus, but not enough to remember the verses that imply a woman’s life will inevitably skip over college and careers and go straight to child-bearing and rearing.

The chorus contains the same sentiment you hear in Ferris Bueller’s ever-quoted, “Life moves pretty fast. If you don’t stop and look around once in a while, you could miss it,” or read on those mind-numbingly cliché signs they sell at T.J. Maxx and HomeGoods. (I have one hanging over my record player at home that reads “Keep your eyes on the stars and your feet on the ground.”) As far as the recipient is concerned, the sentiment is annoying in the moment that it’s vocalized: No dad, I’m not gonna miss eating dining hall food and having my heart broken by would-be frat boys in pink pants. But it always seems to be the case when the music stops.

I imagine in a few years—when I’m sitting at a desk with little natural light in Midtown Manhattan or setting up mousetraps in a tiny, overpriced apartment that definitely isn’t in Midtown Manhattan—that I will miss this. I’ll miss the romanticized version of this where my eyes don’t strain for the sweet release of sleep when Heights production runs into the 14th straight hour and where I don’t sit in O’Neill 5 and contemplate promoting bogus hair products on my Instagram stories during finals week. I’ll miss the people, the places, the things that they always tell you you’re gonna miss.

But I bet—like the randomness of a song that I’ve listened to only a handful of times getting stuck in my head on the first day of senior year—some of the things I’ll look back on wistfully won’t be so predictable. And then, I will miss them. 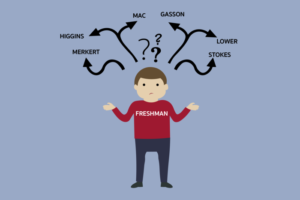 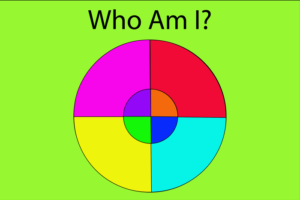