Walsh, 27, was from Westwood, Mass., and a graduate of Westwood High School. He had previously attended the University of Massachusetts at Dartmouth and was working in the biotech field while attending BC, according to the email from Muncaster and an obituary released by Walsh’s family.

His siblings, Aiden and Maria, are fellow WCAS students. His father, John, has long been a member of the BC Police Department security staff at the Burns Library, the email said.

Visitors are welcome at the Gormley Funeral Home at 2055 Centre Street in West Roxbury, this Sunday from 3 p.m. to 7 p.m. Walsh’s funeral mass will be celebrated on Monday, Sept. 9, at 10:30 a.m. in the St. Theresa of Avila Church at 2078 Centre Street.

In lieu of flowers, donations in Patrick’s memory may be made to the Alzheimer’s Association either by mail at 311 Arsenal Street, Watertown, Mass., or online at alz.org, according to the obituary.

Walsh is the fifth BC student to die since March.

Muncaster mentioned in her email that students and community members who are in need of support should contact University Counseling Services or Campus Ministry. 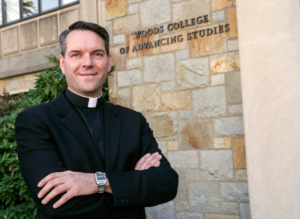 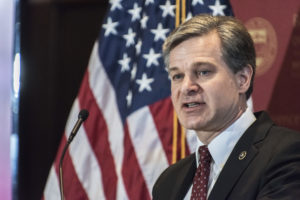