It’s about that time of year when everyone is just about settled in. Friends, classes, and schedules are all now familiar. As we adjust to our new home, we realize that no matter where we are some things just never change. On a Friday night, I’m getting dinner with my roommates after class, wearing my favorite but simple denim blue skirt, white tie-front collared shirt with my newly cleaned Air Force 1s. My hair is blown out and my makeup took me an hour to do. To be frank, I’m feeling my look.

As I’m in the checkout line with my Screamin’ Eagle, I can feel eyes glued to my body. I find a table, sit down, and that’s when I hear it: “Damn, I’d tap that.” The dreaded catcalls. I freeze and put my head down. Maybe until the end of dinner, I can act as if I don’t hear what is being said to me or, even worse, being said to someone else. But I know what I heard.

Still, I can’t get what was said out of my mind. Out of discomfort, I jet to the bathroom and assess if my outfit is showing a little too much (spoiler alert: it’s not). I look into the mirror and study my red-faced self. That’s when I realize what they saw—an object. I was turned into something I didn’t want or expect to be when I left my dorm this morning. If I had known the response I would have received, maybe I would have just chosen jeans and a sweatshirt.

My initial response was embarrassment. Later though, when I got back to my dorm, my embarrassment turned into seething anger. I was disgusted that someone would feel so comfortable in an environment to yell such a disturbing statement to someone they had never even met. Those dreaded catcalls are the ever-present reality of so many women in every part of the country—and on every college campus.

Although it may be viewed by some as “nothing” and “something small to brush off,” it made me uncomfortable, and it wasn’t the first encounter I’ve had with catcalling. People may view catcalling as a compliment and as something “endearing,” but I’m here to say that nothing is endearing about being shouted at like a dog. Don’t get me wrong, everyone welcomes compliments—but nobody, I repeat, nobody, wants the kind of attention that is demeaning and diminishing.

Catcalling mostly occurs in groups. I have yet to witness a lone male catcalling, as I assume they are all too aware there would be no praise from their peers, and their confidence surely would not be up to the verbal berating that confident young women might sling back their way.

Dear catcallers: Although you learned some basic rules of respect in kindergarten, somewhere between adolescence and adulthood you must have forgotten them. Let me remind you of it now. Treat others the way you want to be treated—respect the boundaries of people no matter the background, gender, and sexual orientation.

I’m not here complaining about catcalls because I am a “hypersensitive” or “emotional” woman—I’m complaining about it because it is disrespectful and, frankly, disgusting. It’s uncomfortable and also just plain inappropriate. Catcalling is intended to demean and assert dominance over the intended party. I would, unfortunately, expect this kind of behavior at a construction site in New York City—not in a place that is supposed to be my home for the next three years.

Catcalling is both humiliating to the victim and a gateway to other major issues like sexual assault. It’s the small things that snowball. If we as a society accept and ignore these small forms of harassment, how dare we condemn it when it becomes something major that we can’t ignore. In many cases, sexual assault is rooted in initial sexual harassment.

Before we walked on campus, we all had to watch the Sexual Assault Prevention videos. Most of the discussion in the videos only covered sexual consent. But, in order to prevent harassment at BC, it is necessary for the school to include catcalling in its sexual assault videos to not only show they don’t tolerate it but to also create an environment that is aware of its presence.

Individually, we need to do more to stop this kind of behavior, both in college and in the general world around us. We need to start standing up and condemning this disrespectful, demeaning behavior. A woman’s specific dress doesn’t mean she wants degrading ignominious statements yelled at her. This behavior is not and should not ever be viewed as normal in any aspect of society.

Let’s face it, the intelligent women of BC are not interested in being disrespected and verbally assaulted on their campus. If you guys can’t pluck up the courage to approach a young woman respectably, then you should keep your thoughts to yourself and channel your hormones into a more appropriate outlet.

If someone witnesses catcalling or blatant objectification, they need to report the harasser. There is no reason catcalling has a place anywhere, let alone in places we consider our homes. BC women have just as much a right to feel at home on this campus as the men do, and it’s about time for it to start feeling like that. 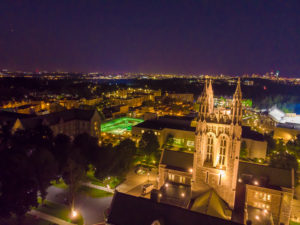 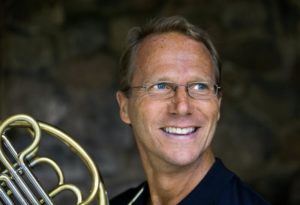