Four diverse PlayStation-exclusive games are set to release in the coming months for the PlayStation 4 and PlayStation VR, giving gamers new installments to look forward to. The titles champion new innovations in gaming technology and stir up feelings of nostalgia for gamers.

Dreams, the newest Media Molecule’s Play, Create, Share game—in Early Access since April 19, 2019—boasts a powerful game building system that attracts creators, curators, and gamers alike to form community that the studio hopes will foster collaboration and encourage creativity in not only game design, but also music, character-building, and animation.

Media Molecule, the award-winning creators of the classic Little Big Planet series, came up with Dreams to expand on their Play, Create, Share experience with the intention of providing aspiring creators a platform where they can make any game imaginable. Gamers who prefer to just play games can also enjoy the platform by accessing the games developed by both professional developers and community members, giving them an ever-renewing gaming experience and access to all types of games.

Unlike other world-building games like Minecraft, Dreams is not bound by a specific style. Creators can choose to upload their own artwork, animated characters, and music. The system has character creation and world-building tools that cater to everyone, regardless of design experience.

Not just limited to only game creation, however, Dreams is equipped with a music-making system that functions akin to Apple’s GarageBand, except much more user-friendly. In addition, a movie-creation system allows creators to use the different characters and maps that the community contributes to make their own animation movies.

The community can also choose to act as curators, putting together sets of different characters, music, items, and backgrounds to push to other gamers.

Using an upvote system, as well as game testers at the studio—who put together recommended lists—the top quality games can easily gain visibility and popularity among the community.

In the existing Dreams game catalogue, a particularly impressive game is “Comic Sands,” a game created by three developers while they were on a long distance train together. The game shifts from a 2D experience featuring a cheerful, hand-drawn block in a sketchy, cartoony setting to a 3D experience in a gorgeous cinematic cut-scene, launching a new chapter of the game.

Other games of different art and gameplay styles already exist in Dreams, and, as the game approaches full release and more players join the community, high-quality titles are bound to flood the Dreams catalogue, making Dreams a dynamic, ever-changing platform to explore.

From one creative game to the next, developed by in-house Sony Interactive Entertainment developer Pixelopus and set to release on Oct. 3 of this year, Concrete Genie is a heartwarming 3D game bringing some cheer and artistic magic to gamers’ PlayStation devices.

Following a bullied teenaged boy named Ash who loves to paint and sketch, the player controls Ash on his journey to restore color to his hometown, Denska, which has become plagued by Darkness. With the help of his genies, which he creates by painting on walls, Ash literally paints his town back to light.

Most striking about Concrete Genie’s gameplay is its painting system, where the player moves the PlayStation controller in a stroking motion to paint in the game, utilizing the controller’s motion-capture system to create an experience that actually mimics the physical activity. Also compatible with VR, Concrete Genie allows the player to experience the magic fully, watching beautiful paintings sprout up from their own hands.

The gameplay is dynamic, as the player has an added concern: roaming bullies, who make stealth and strategy a part of the game. The genie creation system is adorable, as the player can customize their genies, which have distinct and playful personalities. Being able to climb around the entire town and searching for areas to paint gives Concrete Genie an exploratory edge, but the game also has clear objectives and a storyline, including lore about Denska, that can keep the player engaged.

A dive into the more spooky, a remake of the 1998 classic PlayStation 1 game MediEvil, developed by Other Ocean, is set to release on Oct. 25 of this year, right in time for Halloween season.

Following a hilariously inept cartoon British skeleton, Sir Daniel Fortesque, MediEvil is ripe with retro British humor. Dying by the first arrow in a war and hailed a war hero, Fortesque was accidentally resurrected by his nemesis, the evil sorcerer Zarok. Following his resurrection, the skeletal knight sets out to save his kingdom with a second shot at heroism.

A love letter to the original game, MediEvil preserves a lot of elements from the two-decade old game, including its hack-and-slash gameplay, storyline and characters, as well as its original voice acting. The gorgeous new soundtrack is even composed by the same composers, who returned to work on the score for the remake.

Noticeably different about the game, however, is its appearance, which is substantially better than the first iteration. Maintaining the same retro aesthetic, yet with spruced up graphics, MediEvil is much more than a remaster, as the development team really wanted to bring the game into the 21st century.

“I don’t say remaster because usually remasters are like, you know, they increased the resolution,” Nick Accordino, a producer at Sony Interactive Entertainment, said at a Boston Playstation event. “This is a complete remake. All these character models have been remade from the ground up. They behave like they used to back in the game. The architecture of the game is the same, but everything in here is new.”

One retro element that remains, and can cause some headache for players, is that the team decided to keep the original gameplay mechanism of returning all the way to the start of the level upon death. In deciding to maintain this punishing mechanism, the developers made sure that the players need to exercise a lot more caution and thought than in modern games with many save points in a level, but that also gives a special sense of achievement that is missing in a lot of contemporary games.

A blend of endless enemies to satisfyingly slash (or hack, or bash, depending on which of the many weapons in the game the player chooses to equip), puzzles, and engaging boss fights make the new MediEvil a thrill to play through. The revamp has the game looking beautifully modern, while the retro gameplay and the storyline brings back some of that nostalgia. MediEvil might be more funny than creepy, but can certainly put the player into the Halloween spirit.

Moving from nostalgia to a peek of the future, Marvel’s Iron Man VR capitalizes on the popularity of the beloved Marvel Studios superhero, which became a fan favorite with the Avengers and Iron Man movies. Developed by Camouflaj, Marvel’s Iron Man VR puts the player into Iron Man’s suit through VR technology. Using PlayStation Move motion controllers to mimic Iron Man’s repulsor beams on his hands, the player can fly through the air and punch and blast objects, just like the superhero.

Still in development, the game has no official release date yet. With famous characters like Pepper Potts already in the game, however, fans are sure to get a story from the game as well: They will really be stepping into the billionaire shoes of Tony Stark and fulfilling the fantasy of the superhero life, without the cuts and bruises that come with the job.

The PlayStation exclusive games set to release in the near future come from diverse genres and styles. Eager gamers can find the one or couple that suit their tastes and experience the gaming industry’s newest additions. With a mix of old and new, the upcoming installments show a bright future for the gaming industry. 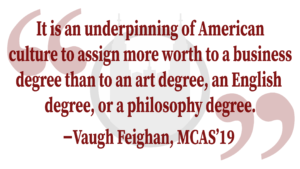