It was nothing new for the group of first-years. Huddled around a table in McElroy, four Newton Campus guys were taking heat from their buddies about living on the satellite campus. They were long used to hearing the same jokes—the dorms, the bus, the whole nine yards—dished out by their Upper Campus counterparts, but this particular conversation gave them an idea.

The freshmen—Noah Spiesz, Liam Kelleher, Joe Lamoureux, all MCAS ’23, and Thomas Logan, CSOM ’23—decided to take on the challenge of making Newton’s “great sense of community” a reality by creating and distributing a set of Newton Campus-themed t-shirts.

“We thought it would be kind of a cool way to build community because everybody that lives on Newton has to deal with these things,” Spiesz said. “So we made something to unify us and bring us together, and we thought that t-shirts were a great way to do that.”

They had their idea on the first Friday of classes. Two days later, they launched their marketing campaign.

To get the word out, the group reached out to some Instagram pages dedicated to BC freshman content—meme pages, Newton pages, and the like, according to Spiesz.

“A couple of [the students in charge of those pages] live on Newton … so we kind of talked to them about it and they thought it was a great idea,” he said. “So they helped do some publicity and stuff like that and the rest was on Instagram stories, posts, and word of mouth.”

The response, they explained, was overwhelming.

“At first, we just kind of did it as a Microsoft Word document … to see who would be interested,” Spiesz said. “And we ended up getting over 400 people that wanted them.”

The t-shirts, sporting a graphic of a bus encircled by the names of the four Newton residence halls—Cushing, Duchesne, Hardey, and Keyes—and “Newton Campus: #NewtonOrNothing” displayed on the back, sold for $15 a pop.

Some people hopped on board immediately, some took convincing, and others, Spiesz said, were downright hostile.

Amassing a near-$1,500 profit on the shirt sales alone, the boys were unsure of what to do with the money. Spiesz and Lamoureux, both in the Emerging Leadership Program (ELP), learned that Ivelisse Mandato, an ELP alumna and MCAS ’20, was raising money for a cross-country relay run she plans to take part in next summer.

“So we ended up making around $1,500, and we chose to donate all the money to her fund,” Spiesz said. “It’s kind of a big surprise right now.”

The run, from Baltimore to San Francisco, is organized through the Ulman Foundation, a non-profit dedicated to funding support to people affected by cancer.

“We didn’t really want to tell them we were going to donate the money … we wanted to keep it authentic. So some kids would be like, ‘If you’re making a profit, I don’t want it. I don’t want to buy anything from you,’” Spiesz said. “We ran into a few situations like that, some setbacks … but at the end of the day, we were super successful with it, so that’s all that matters.”

As for future business plans, they are taking it one day at a time, they said. They’ve thought of making Upper Campus t-shirts, given the success of the Newton ones.

The group said they learned a lot from the experience. From putting their collective efforts into such a great project to making bunches of new friends—Lamoureux said that he’s come to like being known as “the t-shirt guys” by fellow residents—each of the freshmen agreed that they are glad they pursued this opportunity.

“As cliché as it is, if you work towards something, like, you can get it done,” said Spiesz. “Even if it’s just selling campus t-shirts to build community … whether it may be donating money, or just making shirts to make people come together.”

“I think it’s way more rewarding when you do something like this for ” Logan said. “But when we see people walking around with t-shirts … It’s just kind of like, ‘I did that.’ Which is cool. Because it’s like you’ve left your mark on something.” 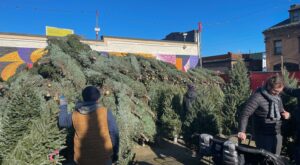 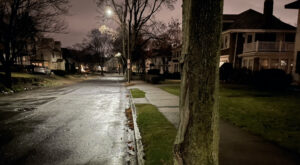