Home » Gucci Mane Reflects on His Past on ‘Woptober II’
Arts, Music, Review

Gucci Mane Reflects on His Past on ‘Woptober II’

Gucci Mane, born Radric Davis, had one of the most remarkable and uplifting turnarounds in recent music memory. Bouncing back from a crippling addiction and prison time, the Atlanta trap forefather beat his addiction (in large part due to the help of his wife, Keyshia Ka’Oir) and, over the course of what feels like 100 records, became a household name in the rap business, a bestselling author—his autobiography came out in 2017—and a godfather figure in the rap world.

Gucci has mentioned moments when he’s felt at his absolute lowest, when he felt as if his addiction would tear apart all that he’s created, and yet he’s rebounded from it all, carving a path to uncommon success through pure grit. He’s truly a commendable figure with a compelling and inspiring story.

All of Gucci’s hard work, spanning across the countless albums, shows an admirable dedication to his craft. Each album seems to build upon the last, working to improve on prior flaws and produce a solid body of work, all at a ridiculous pace: the man has dropped nine projects since 2016. Last year’s Evil Genius was probably his most revered project—it was met with a solid mix of both critical acclaim and public fanfare. It also featured probably his most popular song to date, the Bruno Mars and Kodak Black assisted “Wake Up in the Sky.”This new album though, Woptober II, is a much different affair. Gucci leans away from his pop tendencies, digging more into a deeper, and more brooding sound. While his past few albums have been fun victory laps of sorts, Gucci turns inward on this new project, still luxuriating in his own success but also looking at the world he left behind and the friends he lost along the way to becoming the man he is today. A perfect example comes on the dark track, “Opps and Adversaries,” in which he discusses the darker periods of his life. “Tattoos on my face, the media said it was dumb / Momma threw me out her house for trapping, I was young.”

Gucci, now 39, is able to look back at his life, with its peaks and valleys, with a keen eye. In looking back, and discussing his pitfalls, he describes how each mistake led him to become the man he is today. He is flawed, just like everyone else, and he’s perfectly okay with that, because each flaw added to his story. The album is filled with moments of reflection in which he acknowledges how close to the edge he really was, and revels in the fact that he managed to arrive at the place he’s at today, a rehabilitated, successful family man.

Even through all the anxieties and the reminiscing, Gucci is still able to have fun. On the Megan Thee Stallion assisted track, “Big Booty,” the rappers exchange bars over the eccentric bassline of the trap beat. The lines, as is the case in every Gucci album, are lacking on occasion, but the intrigue is still there.

On “Tootsies,” featuring fellow Atlanta rapper Lil Baby, Gucci flexes with all his might, bragging about his recent collaboration with Lil Pump. These tracks are by no means standouts—much of this album floats in the realm of inoffensive background listening, yet there are no real hits—but it’s nice to see Gucci having fun, enjoying his steady place in the rap game when not so long ago it seemed like he would be gone sooner rather than later.

When you’re up, it’s okay to look back at your failures and luxuriate in the changes you’ve experienced since then, and that’s what Gucci does on much of this album. It’s by no means his best record, but it’s a nice album about his come-ups, his pitfalls, and his ultimate success. It’s filled with keen reflection, and childlike optimism about the future of not only his own life, but the rap scene as a whole.

Gucci’s here to stay, and no one’s happier about that than the man himself. And, based on the story he’s told through his works, it’s hard to not share that joy with the Atlanta rapper. 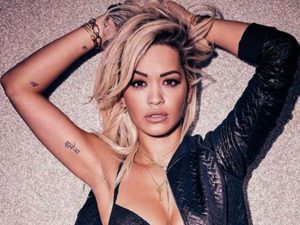