He was the kind of worker who could routinely be found in his office on weekends. He led by example. He wanted his students and faculty to succeed. Throughout the 18 years he spent on BC’s campus, Alberto Godenzi left an unforgettable mark on both students and colleagues as the dean for the Boston College School of Social Work (SSW) and the vice provost for Global Engagement.

Godenzi died on Oct. 20 at the age of 66 after a three-month battle with leukemia. He served as the dean of SSW beginning in 2001 until he was appointed to his vice provost position in 2016.

During his time at BC, Godenzi touched the lives of countless students and colleagues. One of these colleagues was social work professor Paul Kline, who described Godenzi as a mentor and a close friend.

Thomas Walsh, the associate dean of SSW and the Master of Social Work Program director, had worked with Godenzi since he came to BC in 2001. Godenzi, he said, left behind a legacy of a man who made fair decisions, communicated effectively, and, above all, ensured that the people he interacted with were cared for. At a faculty meeting shortly after Godenzi’s passing, a number of faculty members attested to Godenzi’s character. If it weren’t for Godenzi, they said, they wouldn’t be where they’re at today.

“So people really felt that he was a wonderful mentor, that he cared about them … He would literally go out of his way to advocate for you in any way he could,” Walsh said.

University President Rev. William P. Leahy, S.J., described Godenzi as “a man of action and relentless energy who was just and caring, and had a deep sense of mission and a commitment to education” at an Oct. 25 memorial Mass, according to a University release.

Godenzi had not only his colleagues’ best interests at heart, but also the entire student body’s, Kline said. After the Boston Marathon Bombing in 2013, Godenzi sprung into action and reached out to students and faculty to offer support. Godenzi provided opportunities for students to come together and offer support during a time of sorrow.

“His immediate concern was for the students and faculty for all those impacted,”  Kline said.

Godenzi had an impact on his colleagues, the student body, and the legacy of the School of Social Work and BC as a whole.

Throughout his tenure as dean, Godenzi transformed the School of Social Work, according to Walsh.

When he was interviewed for the position in 2000, Godenzi had a mission to make SSW a top-10 ranked school, intending to move it upward from its then-No. 24 ranking, according to US News. Godenzi’s goals were ambitious, but what he sought to achieve, he did.

BC is currently tied with Boston University and the University of Pennsylvania as the 10th best school for social work in the country, according to U.S. News—a ranking that can be attributed to Godenzi’s hard work and dedication. As BC moved up in the rankings, applications to the school and its enrollment began to increase unwaveringly.

Kline said that Godenzi’s desire to prepare social workers to serve the entire world was at the core of his “brightly colored” goals. He strived to help his students navigate the diverse environment of social work.

To achieve that mission, Godenzi created the global practice concentration within SSW, a program that places students throughout the world to work for NGOs in places that need social workers. With this program, Godenzi formed a structural office that has been essential to SSW, Walsh said.

Godenzi was also able to increase the amount of research funding the school received. And under his leadership, scholarly publications of faculty work in SSW increased twofold for senior faculty and three times over for junior faculty.

Truly an advocate for others, Godenzi championed diversity and, if the numbers are any indication, his efforts proved to be fruitful. When he arrived at BC, 15 percent of the school’s student body was made up of AHANA+ students, a number that he strived to double. At his initiative’s peak, SSW’s population of AHANA+ students reached 40 percent, surpassing this goal.

Accordingly, Godenzi developed the Latinx Leadership Initiative and the Immigrant Integration Lab. The Latinx Leadership Initiative prepares social workers to aid Latinx communities. The program works to recruit Latinx students—teaching classes in Spanish and collaborating with Latinx communities in a variety of settings across the United States. The Immigrant Integration Lab connects SSW students and faculty to immigrant inclusion with a focus on social justice. With these two programs, Godenzi worked go close a gap between SSW students and marginalized communities.

Godenzi pushed others to look beyond the confines of the U.S. and learn about the experiences of people in other places in the world, Kline said. As vice provost for Global Engagement, he co-led an extensive study analyzing the ways BC interacts with the world and developing means for it to improve its global impact and presence.

“Alberto was an inspirational leader, a visionary,” Kline said. “And so it was both rewarding and a little intimidating because he set the bar very high [at] our school for faculty. But he never failed to provide you with what you needed to reach those high goals and to help the school achieve his ambitious dream.” 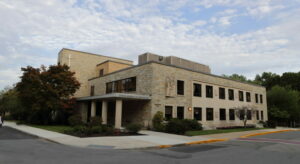 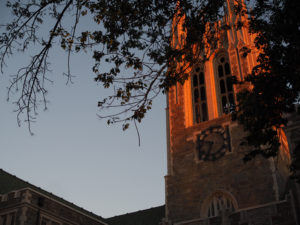