Inyoung You Pleads Not Guilty to Manslaughter Charge

Former Boston College student Inyoung You has pleaded not guilty to charges of involuntary manslaughter following the May 20 suicide of Alexander Urtula, her boyfriend and BC ’19. A trial date was tentatively scheduled for Nov. 9, 2020.

Bail was set at $5,000—lower than usual for this charge—since You returned from South Korea without requiring extradition, said Assistant Suffolk County District Attorney Caitlin Grasso.

Judge Michella Fentress allowed the Commonwealth’s motion for a protective order which would prevent the defense from distributing any text messages between You and Urtula to anyone outside of the defense team. The motion comes after Rasky Partners, a Boston-based public relations firm that has been hired by You, released 110 text messages to the Boston Globe that showed You telling Urtula not to kill himself immediately before his death. The firm told the Globe that the texts would be used in her defense.

At the arraignment, Grasso read a series of texts exchanged between You and Urtula in which You urged Urtula to kill himself. She also read some journal entries by Urtula that detailed You’s behavior. Urtula wrote, “She attacks my self worth,” and described her claims that he was a “burden on everyone’s life.” One journal entry also said that You threatened-self harm after Urtula attempted to end their relationship.

Steven Kim, an attorney representing You, said in a statement that the arraignment was a “cheap pursuit of headlines” that further traumatized his client.

“No one can ever know to a moral certainty why someone decides to take their own life,”  Kim said in the statement. “Suicide is always sad, always a tragedy and always mysterious. We should be looking for better ways to support young people in these situations instead of prosecuting them.

“All of us, including Inyoung You, mourn Alexander Urtula. But further punishing a young woman who loved him only compounds the tragedy and tarnishes the memory of that young man.”

Kim’s statement also said that the Suffolk County District Attorney’s office was devoting public resources to “dangerously broaden the homicide laws” to prosecute “an innocent 21 year-old student when hundreds if not thousands of serious violent crime cases with actual victims are going unsolved.”

At the Oct. 28 announcement of the indictment, Suffolk County District Attorney Rachael Rollins said that You and Urtula had exchanged more than 75,000 text messages in the two months before his death, which occurred just hours before he was set to cross the stage at Commencement, although he had graduated in December. Rollins noted that, of the 47,000 texts sent by You, hundreds encouraged Urtula’s suicide.

At the arraignment, Grasso said that You was on the top floor of a Roxbury parking garage with Urtula just before he jumped to his death. Phone records show that You did not call the police when she was on her way to the garage, Grasso said.

Grasso said that You’s “consistent and repeated psychological abuse” was wanton and reckless, and that her abuse “created a life-threatening condition which gave rise to a duty of the defendant to take reasonable steps to alleviate that risk and the defendant failed to act.”

You withdrew from the University in August, Associate Vice President for University Communications Jack Dunn said in an email to The Heights on Tuesday. Since the announcement of charges against You, she has since been removed from the BC student directory. You was still listed in the directory on the date of the indictment.

You is facing the same charge that Michelle Carter was ultimately convicted of in 2017. Carter was convicted of involuntary manslaughter by encouraging Conrad Roy III to kill himself through phone calls and text messages in 2014. Earlier this year, Carter received a sentence of 15 months after the Massachusetts Supreme Judicial Court upheld her conviction.

Massachusetts state legislators proposed “Conrad’s Law” in July. The legislation would make the encouragement or assistance of suicide a crime punishable by up to five years in prison. 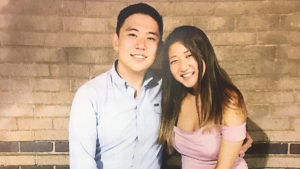 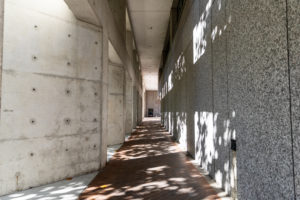