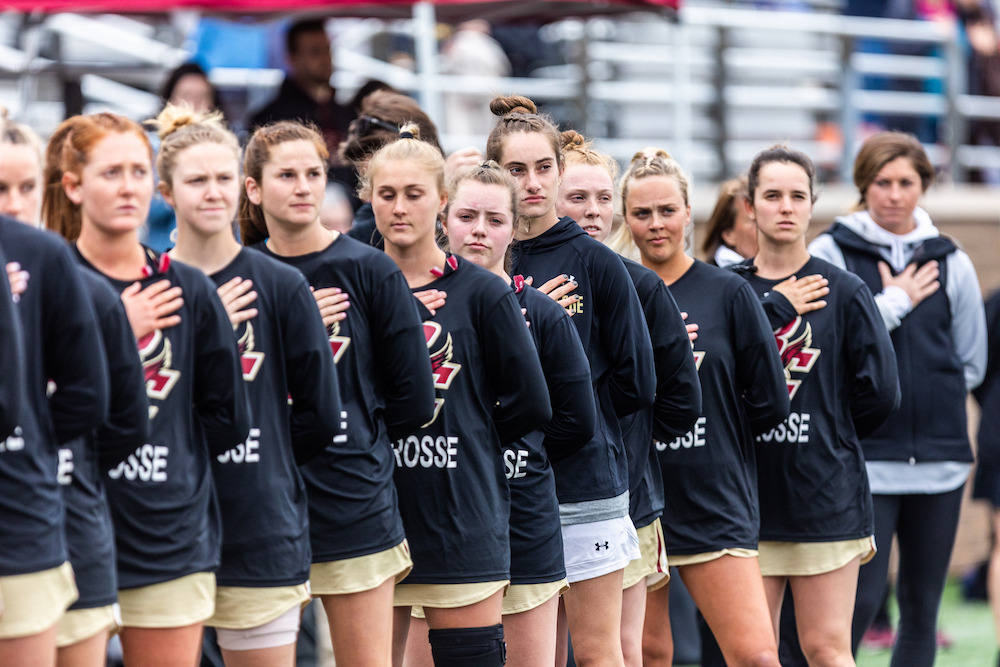 For the second year in a row, Boston College lacrosse proved its dominance last spring, going undefeated in the regular season and making the deepest possible run in the postseason without coming away with a first-place trophy. Though Acacia Walker-Weinstein’s squad has much to be proud of from last year, this season, it looks to break a three-year national championship losing streak.

And once again, it’s looking as though the Eagles have the power to do it. Even with the graduation of last year’s “big three”—Sam Apuzzo, Kenzie Kent, and Dempsey Arsenault, all of whom received IWLCA honors—the Eagles are still poised to repeat a national championship run. BC gained an influx of five-star recruits to its freshman class this year, which spells good news for the future of the Eagles. BC also gained a star in the offseason in Charlotte North, who transferred to BC from Duke after last season.

→ The Eagles open their season against an in-state rival, though the team’s last four games against the Minutemen have all gone BC’s way. Last season, the Eagles dominated over UMass 25-14 behind a major performance from some of the lesser-known names on the team, including Courtney Weeks, who returns as a sophomore this year.

→The Eagles’ home opener comes against a team they haven’t faced since 2013, a matchup that the Eagles won decisively at 13-8. BC has won its last 10 home openers, with its last home opener loss coming against Maryland, a team that has been BC’s kryptonite over the last few years.

→BC’s ACC opener is sure to be a test for the Eagles, as the Fighting Irish have put up a fight over the last few years. Though BC has won both of their last two contests, they were each decided by four points or fewer. Notre Dame also brought in the second-best recruiting class in the country after Maryland, so the Eagles will face a tough challenge in their first conference game of the year.

→Last season, then-No. 21 Virginia Tech gave the Eagles one of their closest matchups of the regular season at 16-13. Even with Apuzzo, Kent, Arsenault, and Cara Urbank—Urbank being the only one of those four who returns this year—tallying three goals a piece, the Hokies still came close behind five goals from sophomore Paige Petty. With Petty still on VT’s roster, the Eagles will have to keep an eye out for the Hokies in their second ACC matchup of the season.

→North will face her old team for the first time late in the season, as the junior transferred to BC after the end of last year. An All-ACC second team award winner, North was a standout for the Blue Devils, leading the team with 82 goals and 23 assists. Without North, the Blue Devils will surely be hampered offensively, but the Eagles still can’t take their competition lightly.