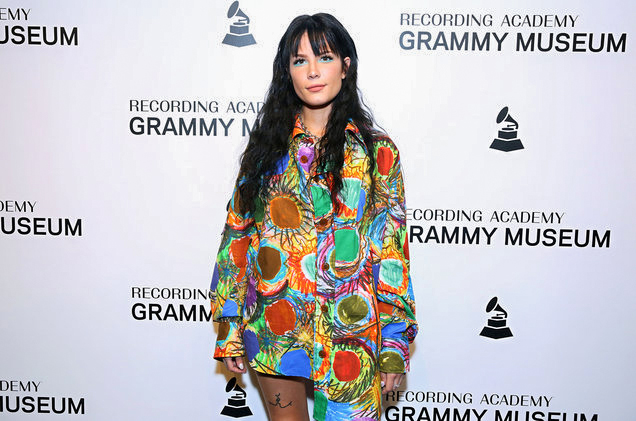 The 16-track album gets better as it goes along, but it maintains that classic Halsey sound throughout, always balancing on the line between emotional and hysterical, her lyrics poetic yet honest.

Manic beings with “Ashley,” which is Halsey’s given name. The song acts as an unmasking for her—an intentional shift away from the artificial plots and worlds that accompanied her two previous albums: 2015’s Badlands and 2017’s hopeless fountain kingdom. Halsey promises a deep level of introspection on her opening track, singing, “Now, if I figure this out / Apart from my beating heart / It’s a muscle, but it’s still not strong enough to carry the / Weight of the choices I’ve made.”

Back in June, Halsey spoke with Rolling Stone ahead of her album release and said that Manic would be “hip-hop, rock, country, f—ing everything.…”  Halsey did not hold herself back, allowing herself to explore a variety of musical styles that her listeners have never heard from her before.

On “3am” Halsey embraces rock, and the track sounds like something you would expect to hear from early Imagine Dragons. She maintains the same level of angst in “killing boys,” but utilizes a completely different sound, coyly singing, “Tell me, have you ever keyed a Ferrari before?” over a stripped pop melody and a booming, repetitive bass.

“Finally // beautiful stranger,” by far the most hopeful song on Manic, is full-on country pop. The song almost seems like something from the mind of Kasey Musgraves, but Halsey’s distinct pop voice still works alongside the lazy acoustic guitar.

Not only does it dip its toes in different genres, Manic is also structured in a unique way. It features collaborations from alternative singer and rapper Dominic Fike, early aughts icon Alanis Morisette, and SUGA from K-pop star group BTS. Each song, titled “Dominic’s Interlude,” “Alanis’ Interlude,” and “SUGA’s Interlude” respectively, marks specific thematic shifts as Halsey moves through Manic.

Each interlude is a pause for both the audience and for Halsey, a new voice entering the conversation that saves Manic from getting trapped in the deep recesses of Halsey’s mind. SUGA, Alanis Morisette, and Dominic Fike ground Halsey’s emotional traumas, adding another perspective and echoing the lyrics and sentiments that Halsey sings.

Manic isn’t without its flaws, however. “Graveyard,” “Without Me,” and “You should be sad”—all released as singles ahead of the album’s release—are low points of the album. The lyrics aren’t as poetic or impactful as the ones on Manic’s other tracks, and they feel generic compared to the experimentation and rawness of “929” and “Forever … (is a long time).”

In “Forever … (is a long time),” Halsey belts out what sounds like poetry, her voice cracking as if she might burst into tears. The lyrics are beautiful and personal, truly Halsey at her best: “To my surprise, not six feet high / Who’d reach and grab the moon if I / Should ask or just imply / That I wanted a bit more light / So I could look inside his eyes / And get the colors just right.”

With all of the aforementioned emotions, it would be easy for Manic to dissolve into dramatic dysfunction. Yet Halsey is able to avoid the temptation and instead succeeds in producing something that is simply honest.

There is something so youthful about Manic that gives it this edge. In “929,” the last song on the album, Halsey reflects on her childhood, asking “Well, who am I? I’m almost 25 / Can’t remember half the time that I’ve been alive / ’Cause half was in a cheap apartment / And half was on the Eastside (Eastside).”

After dissecting her memories and feelings, Halsey comes to the conclusion that she hasn’t really figured it out—fitting for an album that truly is manic. The album art, featuring Halsey with a thoughtful expression, rainbow hair, and glitter makeup, gives the impression that she’s really just a kid trying to figure out who she is after being in the mainstream-pop spotlight since she was in her early 20s. Manic is Halsey growing up, trying to make sense of it all, and reveling in the fact that she’s got a long way to go. 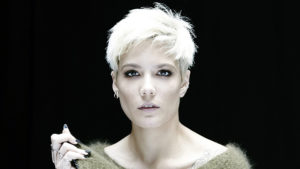