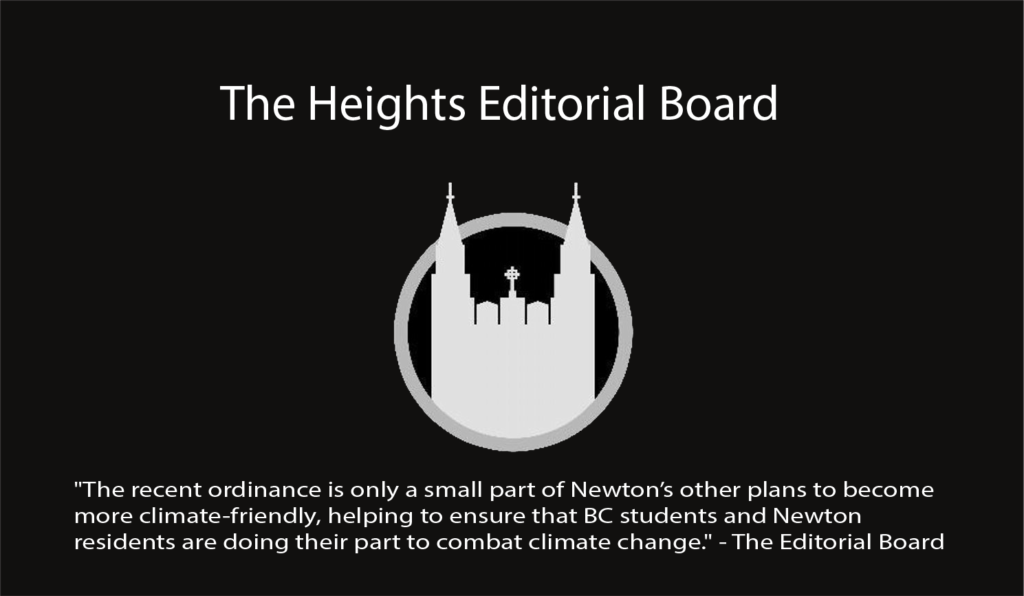 A City of Newton ordinance requiring businesses over 3500 sq. ft. to provide paper bags instead of plastic bags to customers went into effect Jan. 8. The ordinance also requires that businesses charge customers at least 10 cents per bag. In July, all Newton businesses regardless of size will be required to comply with the ordinance.

Mandating that customers pay for bags at checkout is not a novel concept. Eight states have banned single-use plastic bags entirely, as have hundreds of cities around the United States. The City of Boston has done the same, charging five cents per bag, since the summer of 2019. It is imperative that individuals, companies, and governments work together to protect the climate combat the massive issues, which Newton and Boston have done with this small step forward.

The most climate-friendly move consumers can do as far as grocery bags are concerned is to bring reusable bags, preventing new waste from entering the environment. Adding the tax to the paper bags encourages customers to bring their own. It’s a simple, eco-conscious alternative that BC students should treat as a small but far-reaching step in fighting climate change.

The ordinance comes into effect after Newton published its first Climate Action Plan in fall 2019. The plan lays out steps for the city to take in order to become carbon neutral by 2050. Though the plan did not directly call for the banning of plastic bags, the new ordinance will help Newton meet its stated goal of encouraging “product re-use” outlined in the report.

Other steps Newton will take, per the report, to meet its carbon-neutral goal include constructing more electronic vehicle charging stations, encouraging residents to take bicycles and public transportation to work, and incentivizing businesses to reduce their greenhouse gas emissions.

The recent ordinance is only a small part of Newton’s other plans to become more climate-friendly, helping to ensure that BC students and Newton residents are doing their part to combat climate change.