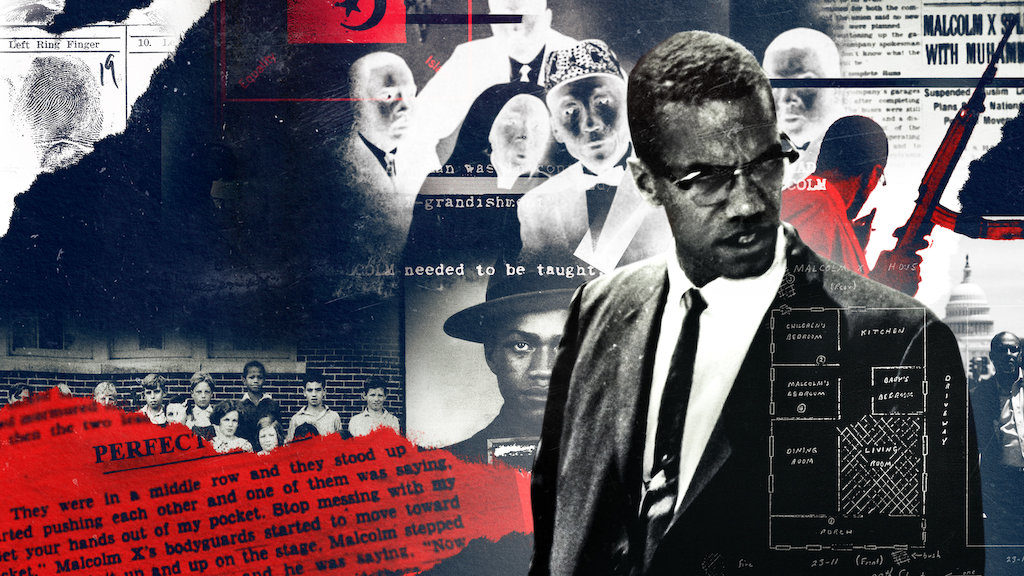 The question seems easily searchable and straightforward: Who killed Malcolm X? But any sort of investigation into the civil rights activist’s death seems futile, especially to those indifferent to or opposed to his work. Netflix’s Who Killed Malcolm X? takes a second look at the assassination, examining misconceptions people hold about Malcolm X’s activism and death, as well as the greater context of the 1960s, and reintroduces the information in a digestible, nail-biting, and heart-wrenching docuseries.

The chilling investigation is led by Abdur-Rahman Muhammad, an independent scholar who has devoted years to the study of Malcolm X’s life. Despite the fact that he is not affiliated with any university, the structure of the first episode slowly establishes the credibility of Muhammad and the other experts who were interviewed. The flood of facts in the first minute alone also reassures viewers that the series was thoroughly researched, with all facts considered.

Only in the first episode does the series explicitly play to emotion, when Malcolm X’s daughter appears, pleading for the full truth about her father’s death to be uncovered. At other times, music subtly plays a role in setting the mood, but it is not overpowering or dramatic. The documentary ensures that theatrics do not distract from the purpose of the series.

The inclusion of historical objects—in particular, an abundance of photos—enriches the series’ credibility and adds interest. When the series explores Malcolm X’s waning relationship with the Nation of Islam, the interviews are followed by a pensive photo of Malcolm X: hand on chin, furrowed brows, and looking off into the distance, almost in despair. Where music usually intensifies drama in film, photos take its place in this docuseries.

The documentary presents itself as a fresh, analytical take on Malcolm X. By connecting Malcolm X’s work to present-day issues stemming from systemic racism such as police brutality, the documentary emphasizes how uncovering the truth of his death would help address these problems. The first part of the series touches on how mass media during Malcolm X’s lifetime played a role in misrepresenting the figure, which means there is something new everyone watching can take away about his philosophy.

Each episode narrows in on specific aspects of Malcolm X’s story. The first episode, “Marked Man,” relays the commonly known story about his murder in the Audobon Ballroom, along with audio from that day and photos in both black-and-white and color—the latter a rarity for 1965. “Straight Man in a Crooked Game,” the second episode, focuses on how the Nation of Islam, a prominent Black American political-religious movement, transformed the man once known as Malcolm Little into El-Hajj Malik El-Shabazz. Episode 3, “Black Messiah,” explains how the FBI feared that Malcolm X could mobilize a revolution for civil rights much different from the peaceful tactics used by Martin Luther King Jr.

Who Killed Malcolm X? places the human rights activist rightly in the context of his time, magnifying his charisma and drawing the audience closer. As more layers about the Nation of Islam, its leader Elijah Muhammad, and the FBI’s activities unfold, Malcolm X’s arguably most famous mantra, “by any means necessary,” becomes clearer. Curious minds can venture to any of the other documentaries about Malcolm X. But Who Killed Malcolm X? is special in that the episodes build toward a conclusion, the series’ primary argument. This approach is widely appealing for viewers who want a deep, comprehensive dive into the activist’s life and death.

While it has a clear argument, the docuseries is sure to not paint any entity in a solely negative light. It highlights each person or group’s thought processes in their respective contexts. This comes in the form of unfiltered, uncensored interviews with Abdur-Rahman Muhammad, other historians, and former police officers and FBI agents from both the present and from the 1960s.

Who Killed Malcolm X? is a great way to educate yourself this Black History Month. Information is delivered in a straightforward manner, with eye-opening interviews from a variety of sources. The series is promising, and Netflix seems to know it—the series is listed as “Season 1” as opposed to a “limited series,” implying more episodes of the show may come soon.