Home » Frustration Pervades BC Students As They Move Out of Dorms
News, On Campus, Featured Story, Administration, Coronavirus Updates

Frustration Pervades BC Students As They Move Out of Dorms

In the 24 hours following Wednesday’s announcement, Boston College students attempting to navigate travel and storage plans grew frustrated with the University’s schedule for moving all students off campus.

Shortly after the initial announcement, Vice President for Student Affairs Joy Moore emailed the student body with instructions to move out as soon as possible, with the latest possible departure at 9 p.m. Sunday.

At the forefront of some students’ worries are the logistics of finding storage, especially for those who cannot rely on Piece by Piece Movers, a summer storage company that picks up storage boxes directly from students’ dorms. Although convenient for students planning on returning at the beginning of the fall semester, many students who planned to work near campus over the summer or study abroad in the fall said they needed to find storage elsewhere because they would need their possessions stored for an irregular amount of time.

BC will provide students with 125 movers to help students pack up, free of charge, as well as 25,000 boxes for move-out, according to an email Executive Vice President Michael Lochhead sent the student body on Thursday.

The four-day time frame also forced many families to make last-minute arrangements for work and travel, according to several students who live outside of driving distance from campus. Thirty-seven percent of undergraduates come from outside the Northeast, according to the 2019-2020 Fact Book.

“I’m thankful that I’m so close and that I can move out and my parents can come pick me up, but it’s so sad for all of the people that aren’t close … and whose parents can’t take off work and come pick them up,” said Jade Keene, a student from Maine and Lynch ’22. “We should have been given more than four days.”

Christina Park, CSON ’22, and Laura Edinger, MCAS ’20, both said that their families happened to be unable to come to BC when the news broke. Park’s parents are in Australia, and Edinger’s entire extended family is on vacation in Hawaii. Both said that they plan on relying on friends for help getting home or finding a temporary place to stay.

On top of navigating the logistics of transportation and storage, some students voiced anxiety about inadvertently carrying the virus back to their families, especially older or seriously ill relatives. Elderly people and those with pre-existing medical conditions appear to be more vulnerable to severe cases of coronavirus, according to the World Health Organization.

“If there was coronavirus hidden among some of the students here, we would be endangering other students by forcing them on airplanes that are potentially compromised or sending them back to their hometowns that are compromised,” said Eden Dalton, a student whose father was recently diagnosed with asthma and MCAS ’22. “But now you have a fear of being a carrier and exposing people that you love and care about because you are forced to go home.”

Others face the opposite problem: anxiety that returning home brings a greater risk of infection than staying. Multiple students from Washington, New York, and California—which lead the country in confirmed cases—questioned whether they would even be permitted to return home.

Kate Peaquin, MCAS ’20, cited her concern that President Donald Trump would ban domestic flights into Seattle, which she lives just outside of. Trump suggested the possibility of such a restriction on Thursday.

“It’s just really stressful because you’re doing this all on your own,” Peaquin said. “I’ll have to find another city, and [my parents] will have to drive, and that’s really stressful to deal with as well. I don’t feel safer by going back because it’s the same situation there.

“It feels like BC doesn’t care about our safety,” Peaquin continued. “They just care about not being to blame for anything.”

students move out
Students Receive Partial Refund, but Many Decisions yet to Be Made
Boston City Councilor Liz Breadon Petitions Universities to Stay on Campus 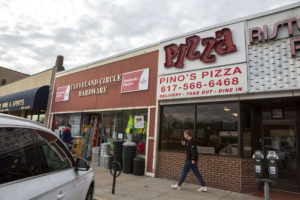 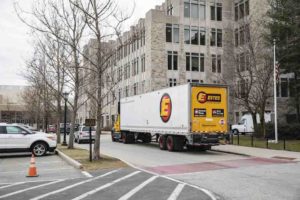