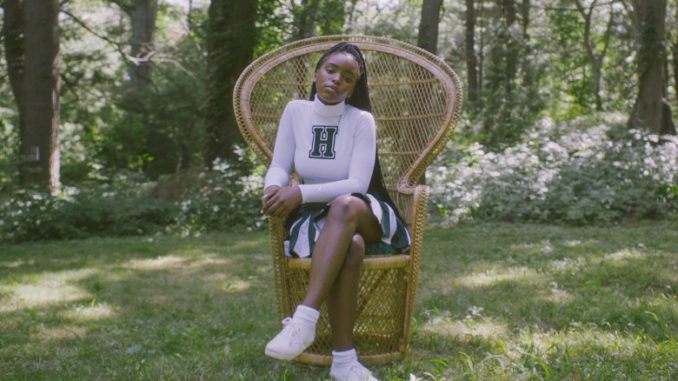 Within the precisely manicured gardens of The Haldwell School, there is a very rigid structure of power. The boarding school is divided up into five factions—The Sea, The Skins, The Bobbies, The Prefects, and The Spades—each doing its part to manage and maintain the social balance at the school. But Selah and The Spades is no kitschy teen drama.

Set to premiere on Amazon on April 17, Selah and The Spades is writer and director Tayarisha Poe’s first full-length film, and she does not squander the opportunity.

Selah and The Spades gives its audience an authentic and riveting story surrounding the Haldwell factions and the vices they deal in. Cheating, gambling, partying, and keeping school authorities in the dark give the factions power, while The Spades’ leader Selah Summers (Lovie Simone) rules over them all, dealing illicit substances to the student population with the help of her best friend Maxxie (Jharrel Jerome).

Selah is nearing the end of her senior year, though, and knows that she must pass on her role to someone else. Selah quickly befriends a new student, Paloma Davis (Celeste O’Connor), and envisions her as the future of The Spades. But things quickly go awry for Selah and her Spades as she gets word of a “rat” in another faction trying to set her up by stealing photocopies of her ledger book, which documents drug transactions between students.

Selah and The Spades descends into a world of deception, hypocrisy, and distrust among the students as the pressure on Selah grows. And as Poe emphasizes throughout the film, the amount of pressure on Selah is insurmountable. A conversation with her mother at the beginning of the film reveals that Selah is a straight-A student, though she still gets a lecture from her mother when Selah loses seven percentage points on her latest calculus test—the 93 percent isn’t good enough.

Selah is also athletic, beating her classmates in gym class and leading Haldwell’s spirit squad. And as the most powerful girl in school, she is the most popular, waving and smiling to students as she passes through the boarding school’s hallways.

Though one might think that Selah has it all, Poe makes it obvious that Selah is anything but happy. She’s frequently caught faking a smile or staring off into space, lost in thought.

That’s what makes Selah and The Spades so unique and poignant. For Selah, the world is all about control and who has it. And, as a young woman, Selah seems well aware of the fact that the power she has is not easy to come by. The fear that someone will take it away from her eats Selah alive as she careens toward graduation.

At the beginning of the film, Selah stares down the camera, which is later revealed to be Paloma’s camera lens, and gives a monologue to frame the rest of the film: “When you’re 17, you’ve gotta grab onto that control wherever you can and hold tight for dear life. ‘Cause they always try to take it from you, don’t they?”

Poe’s Selah and The Spades transcends the trope of trivial high school drama to reveal that there’s something more sinister going on as young adults jockey for power in the bubble of their high-school environment. Poe seems to suggest that as women and men mature, they realize that there’s only so much control that they can have over themselves and over others. In the world of Selah and The Spades, being young, female, a person of color, poor, or a member of the LGBTQ community is a challenge. Finding any bit of control or power is lucky, and the prospect of letting it go is terrifying.

With a unique directorial point of view, superb acting, and subtle social commentary that dramatizes high school politics with the perfect amount of validation and criticism, Selah and the Spades elevates the art form of the teen drama.