Sufjan Stevens Veers Into the Unknown with ‘Aporia’

Sufjan Stevens seems to know what he’s doing. The only problem is, his listeners don’t.

The 44-year-old emo Christian of your dreams released the 21-track electronic dance album Aporia on March 24 with his stepfather and longtime collaborator Lowell Brams. The album represents a new direction for Stevens, leaving his dedicated fanbase attempting to decipher the shift in the songwriter’s sound.

Stevens is perhaps best known in the indie-folk scene for his delicate vocals and stark lyrics, with previous songs such as Seven Swans’ “To Be Alone with You” and The Age of Adz’s “Futile Devices” demonstrating his acute knack for brooding, intimate diction and emotional delivery. Stevens’ reputation as an alternative favorite only solidified following his popular contributions to the soundtrack of Luca Guadagnino’s 2017 coming-of-age film, Call Me By Your Name, spurring an entirely new generation of avid listeners and fans.

Since then, Stevens has settled into a more experimental phase of his career, opting for freedom of expression rather than the pursuit of critical acclaim. Yet, even for a wildcard album, Stevens is in uncharted waters on Aporia. Luckily, he is accompanied by Brams, a trusted colleague.

Brams is one of the titular, real-life characters of Stevens’ critically acclaimed 2015 album, Carrie and Lowell, which chronicles Sufjan’s childhood summers in Oregon in the early ’80s and the turbulent relationship between Brams and his mother, Carrie. The album hit the top of alternative charts soon after its release, becoming an immediate indie classic with its haunting instrumentals and taciturn vocals. Following its honeyed reception, fans’ interest in the family life of Stevens slowly grew into anticipation for another Brams-Stevens collaboration. Only, Aporia isn’t exactly what they thought they’d be getting.

There are no lyrics on the 42-minute album. There is no breathy, kind voice, nor careful plucking of strings. What Stevens does best is nowhere to be found on this futuristic-folk record. Instead, Aporia consists of 21 instrumental New Age vibrations that are reminiscent of a forgotten yoga studio. Or maybe the soundtrack of an Ari Aster film. Essentially, it misses the mark for Stevens’ listeners, both veterans and new-comers.

There are a few tracks that reveal glimpses of the old Stevens. “Conciliation” contains a high-pitched moaning during the second half of the song that is reminiscent of the distinct ethereal bells at the end of “Drawn to the Blood” on Carrie and Lowell.

“Palinodes,” despite its obvious nods to the memorable ending music of Ari Aster’s 2018 cult horror film Hereditary, gives off a vaguely retro vibe, something that fans of Stevens are more accustomed to than the modern chimes that speckle the rest of the album. Stevens is no stranger to crossbreeding genres and experimenting with unfamiliar sounds—see Run Rabbit Run and Silver & Gold. But Aporia sees Stevens’ tendency to travel into the unknown turn into a different beast entirely—one that is not well contained.

Aporia could be explained away as a decent New Age ambiance album. You could write an essay to the urgency of “What It Takes” or rest your eyes after listening to “Eudaimonia.”

Except, Stevens can do much better.

This is the lyricist who gave us the Monet that is “Mystery of Love”; this is the multi-instrumentalist who wrote “John Wayne Gacy, Jr.,” a song so frail it might snap if you sing along to it too loudly; this is the artist who captured the quintessence of desire with painful accuracy with “All of Me Wants All of You.” Stevens is an inherent musical genius, and no matter what he produces, listeners will always have some level of appreciation for his craft. So, yes, Aporia is a good electronic-dance-folk-horror-techno-celestial album—but is it Stevens’ best yet?

Not by a long shot. And that’s okay. The return of the old Stevens will be a triumphant one. 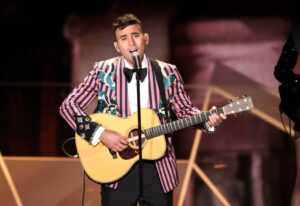 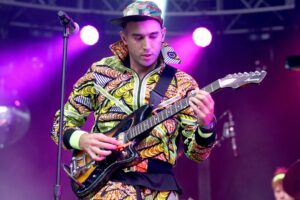