Comeau, who currently works as the medical director of sports medicine at the Ryan Center for Sports Medicine at Boston University and Boston Medical Center, is joining UHS as the University prepares for students to return to campus for the fall semester during the COVID-19 pandemic.

“I’m delighted to come to the Heights in this new role, and to be able to help the University prepare for what will be a challenging time throughout higher education, given concerns about COVID-19,” Comeau said in the release.

Nary said in the release that he is looking forward to continuing to work with the faculty of UHS while he stays on as a clinical physician.

The University sent out a letter on Monday detailing its plans for the reopening of campus. The plans include reorganizing classrooms for social distancing, requiring individuals to wear masks at all times outside of their private rooms and offices, and offering remote classes for students and faculty who cannot physically attend class.

The letter did not include a plan for how UHS will test students for the coronavirus, though it stated that details regarding testing will be released in the coming weeks.

“For colleges and universities, it’s critical to be right out front in educating students, as well as the rest of the campus community, on following guidelines and observing restrictions,” Comeau said in the University release. “We have to provide both education and reassurance so students will know what to do and where to go, and that University Health Services is ready to help them.”

With Comeau’s background in sports medicine, the University said it hopes to continue implementing primary care sports medicine as an integral part of UHS.

“The transition in UHS leadership heralds a new model of student health care at BC, with primary care sports medicine now a foundational part of health services provided by the University,” the release said. “In addition to its role of serving the overall health needs of BC students, all student-athletes—whether in club sports, intramurals, or intercollegiate programs—will now have their primary care needs met through UHS.”

Comeau graduated with a bachelor’s degree from Colby College and received a degree of medicine from the University of New England College of Osteopathic Medicine. Comeau did medical rotations at UHS under Nary from 2003 to 2006 while he was in the Tufts University Family Residency program and has been a contracted team physician at BC since 2009.

“I liked the camaraderie that I found at UHS, the campus setting, the student body, and the overall atmosphere at BC,” Comeau said in the release.

UHS University Health Services
BC Outlines Plans for Returning to Campus in the Fall
BC Drops SAT, ACT Requirement for Upcoming Year 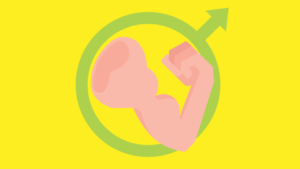