Home » Red Sox to Use BC Facilities During Training Camp 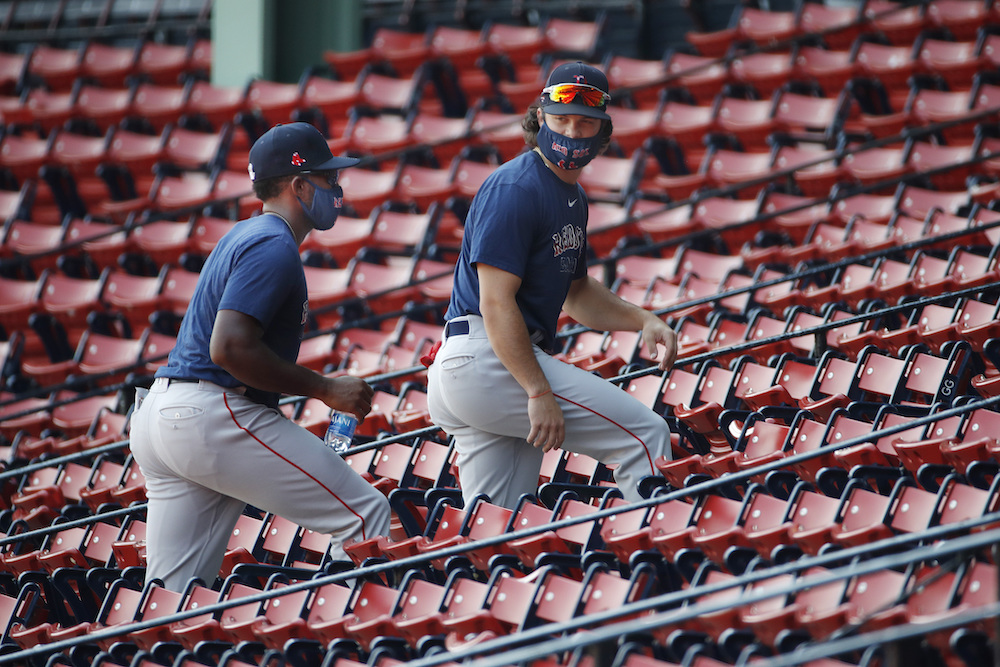 Red Sox to Use BC Facilities During Training Camp

After nearly a four-month hiatus, professional baseball is back. The MLB, alongside many other leagues, were forced to postpone it’s season when it’s March spring training came to a halt as a result of the coronavirus pandemic. With the announcement of training camps taking place in each club’s respective facilities, the Red Sox are training in Boston for the first time since 1943, per Pete Abraham. But in addition to Fenway Park, the Red Sox are also using the Harrington Athletics Village on Boston College’s Brighton Campus as part of their training camp.

Amid rising cases of COVID-19, many major league sports are preparing for shortened seasons. While the NBA and NHL have both played the majority of their respective seasons and are hoping to continue with adjusted playoff formats in the coming months, the MLB is still trying to put together a 2020 season that was supposed to start back in May.

BC baseball head coach Mike Gambino said the Red Sox had approached him about looking at BC’s facilities as a possible second training location back when the MLB was first deciding on continuing March’s spring training.

“[I] showed them the facility, and they loved it,” Gambino said.

With the use of the Harrington Athletics Village, in addition to McCoy Stadium in Pawtucket, R.I.—the home of the Paw Sox, a Triple-A affiliate of the Red Sox—the Boston-based baseball team will be able to maintain social distancing during its spring training, a feat that would not have been possible in Fenway Park alone.

The prospect of the Red Sox using BC’s facilities was first made public in the end of June when the Boston Herald reported that Red Sox president Sam Kennedy approached BC with the idea. WBZ-TV reporter Dan Roche later confirmed this collaboration on Twitter.

The Sox had been looking at multiple other possible options to use as a secondary location but ultimately chose to utilize the Harrington Athletics Village, as it fit their most pressing needs—namely, its ability to be self-contained within a single location. Since Harrington is separated from BC’s main campus, it provides the perfect place for the Red Sox to practice while still keeping the BC community safe from potential health concerns, according to Gambino.

The health and safety of the BC community was of utmost importance to the BC administration when making this decision, Gambino said.

In compliance with the MLB’s safety guidelines, there are three tiers of personnel that are categorized: Tier 1 is all players and coaches, Tier 2 is all individuals who are allowed to come in contact with Tier 1, and Tier 3 is everyone else, individuals who are not allowed to come into contact with the first two tiers. Everyone outside of the Red Sox organization falls under the third tier.

To keep in accordance with the MLB safety guidelines, the BC Police Department is working to ensure that only individuals within the first two tiers enter Harrington Athletics Village. Rather than BC providing staff and personnel to work and maintain the facilities, the Red Sox must provide their own workers to disinfect the facilities daily.

While the use of BC’s facilities is currently crucial to the Red Sox’s “Summer Camp,” the team will only be using them until it begins proper scrimmages, when a second training facility is no longer necessary, according to Gambino. 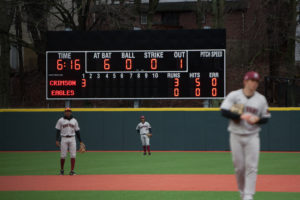