A federal judge denied suspended Newton Judge Shelley Joseph and retired court officer Wesley MacGregor’s request to dismiss their charges of conspiracy and obstruction of justice. The case against them will now move to trial.

Joseph and MacGregor had moved to dismiss the charges, saying that Joseph’s decision not to assist U.S. Immigration and Customs Enforcement was lawful and that she is protected by judicial immunity.

U.S. District Court Judge Leo T. Sorokin denied the dismissal of the charges on Monday. No trial date has been set.

Joseph has been accused of helping a man escape from the courthouse while ICE officers waited outside the courtroom to detain him in April of 2018. Joseph allegedly instructed MacGregor to take Jose Medina-Perez, an immigrant from the Dominican Republic who reportedly entered the United States illegally three times, downstairs to retrieve something. MacGregor then used his security access card to open the sally-port exit downstairs and release Medina-Perez out the back door, according to court documents.

After being indicted for obstruction of justice, Joseph rejected a plea deal in May of 2019. Since she denied the deal, Joseph faces up to 20 years in prison if convicted.

Joseph and MacGregor said that their lawful decision not to assist ICE’s enforcement of federal immigration laws and Joseph’s management of her courtroom were being criminalized, according to court documents.

Sorokin ruled that the court cannot determine whether judicial immunity protects Joseph in a motion. Sorokin said that the defendants’ arguments require additional assessment of facts and analysis of evidence.

Featured Image by Keara Hanlon/ For The Heights 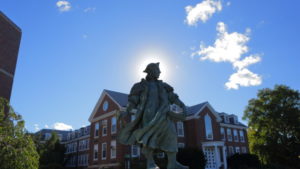 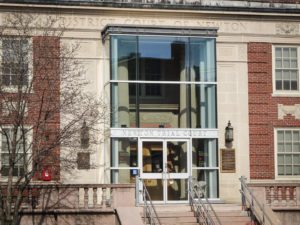