Home » Rhind: Nothing Ventured, Nothing Gained 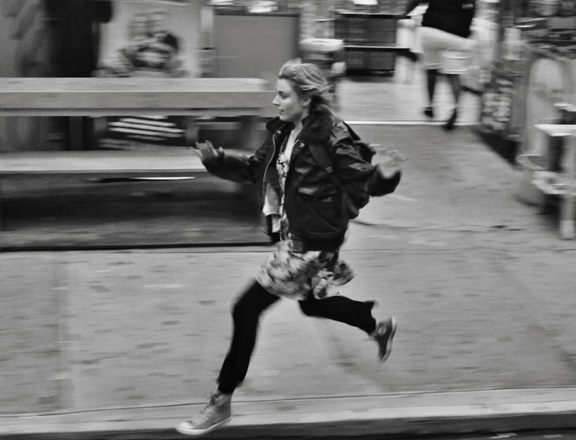 Rhind: Nothing Ventured, Nothing Gained

“I know when to go out. I know when to stay in. Get things done.” These words echo as Greta Gerwig leaps, dances, and skips through the streets of New York City in Frances Ha, a movie she starred in and co-wrote with Noah Baumbach. Although they’re David Bowie’s lyrics, they function perhaps as a desperate reassurance Frances tells herself throughout the film: that she has it all under control.

Despite just breaking up with her boyfriend, losing her best friend to an upscale apartment across the city she can’t afford, and realizing she is almost broke and without many prospects in her dancing career, Frances nevertheless sprints through the streets of New York, beaming and smiling at bemused passersby (check out the inspiration for the “Modern Love” scene here, a scene from Leos Carax’s Mauvais Sang).

Baumbach and Gerwig’s screenplay for Frances Ha imbues the protagonist with an air of absolute indomitability. While she can occasionally make a fool of herself, like when she drunkenly berates her best friend Sophie’s fiancé, the sheer inertia of Frances’ will leaves no doubt in the audience’s mind that she indeed will overcome. At a dinner party later in the film, she is asked “What do you do?,” to which she responds, “It’s kinda hard to explain.” Awkward silence. “Because I don’t really do it.” Another awkward silence. “I’m a dancer, I guess.” For Frances, being a good dancer has nothing to do with it. She loves to dance. And that’s enough.

The film’s aesthetic dazzles in its black-and-white depiction of the sites and society of New York, paying homage to the work of Godard, Truffaut, and other French New Wave auteurs that treated Paris with poetic reverance in their films. Gerwig embodies Frances with an infectious air of youthful exuberance and wide-eyed ambition that implores the viewer to dream big. Yet while Frances Ha and its main character both embody optimism, Baumbach’s other films often examine characters who see failure as antithetical to success, rather than as a critical ingredient in its achieval.

Noah Baumbach’s The Squid and the Whale portrays a divided family, where after Bernard (Jeff Daniels) and Joan Berkman (Laura Linney) divorce, Walt (Jesse Eisenberg) and Frank (Owen Kline) are forced to take sides. In typical Baumbach fashion, the first scene betrays the conflict at the heart of the film. We hear Frank say, “Mom and me versus you and Dad,” and a line is drawn in the sand from then on out.

Walt constantly feels the need to prove himself to others, and to his domineering, arrogant father. After hearing his father dismiss A Tale of Two Cities as “minor Dickens,” he tells a classmate excited about This Side of Paradise to calm down because it’s just “minor Fitzgerald.” Walt’s blind adoration of his father stunts his own judgement and the development of his own artistic taste.

Furthermore, Bernard’s inferiority complex due to his dwindling literary career causes him to embrace faux intellectualism and snobbery to compensate for his own inadequacies. This unfortunately rubs off on Walt, who instead of being driven to create art for the sheer joy of it like Frances, instead succumbs to desperate attempts to prove his artistic bona fides to anyone and everyone who will hear it. This culminates in his performance of Pink Floyd’s “Hey You” at the school talent show, and his failed attempt to take credit for writing the music and lyrics. Instead of reflecting on his emotions and experiences and penning his own song, however lackluster, Walt chooses to plagiarize Roger Waters’ lyrics because he is terrified of failure.

Walt’s attitude toward failure stands in sharp contrast to Frances’. After being cut from a Christmas dance show and, moreover, the stream of steady income that comes with it, Frances bides her time at an office job with the dance company and as an RA at her former college. She never loses sight of her dream, however, and uses these jobs as a foundation to fund and promote her choreography. In a triumphant moment toward the end of the film, Frances’ choreography is performed by a group of professional dancers from the company. It is a special moment for Frances, and she conveys her artistic sensibilities with honesty and vulnerability, unafraid to present her original, somewhat unusual, art to the world.

Since Frances Ha and The Squid and the Whale, Noah Baumbach and Greta Gerwig are continuing to move from the indie fringes of cinema to garnering mainstream appeal. Just last year, Gerwig’s Little Women and Baumbach’s Marriage Story were both nominated for Academy Awards for Best Picture.

Baumbach and Gerwig have been partners since 2011 and will surely bring more comic meditations on love, art, and New York to the big screen in the years to come.

As for me, I’ll keep chipping away and providing content for my dedicated readers (Hi Grandma). Easier said than done, but I’ll try to see failure as an opportunity to improve, rather than a signal to give up. In other words, I’ll channel my inner-Frances and give it the old college try. In the end, isn’t that all we can do? 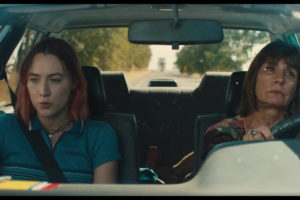