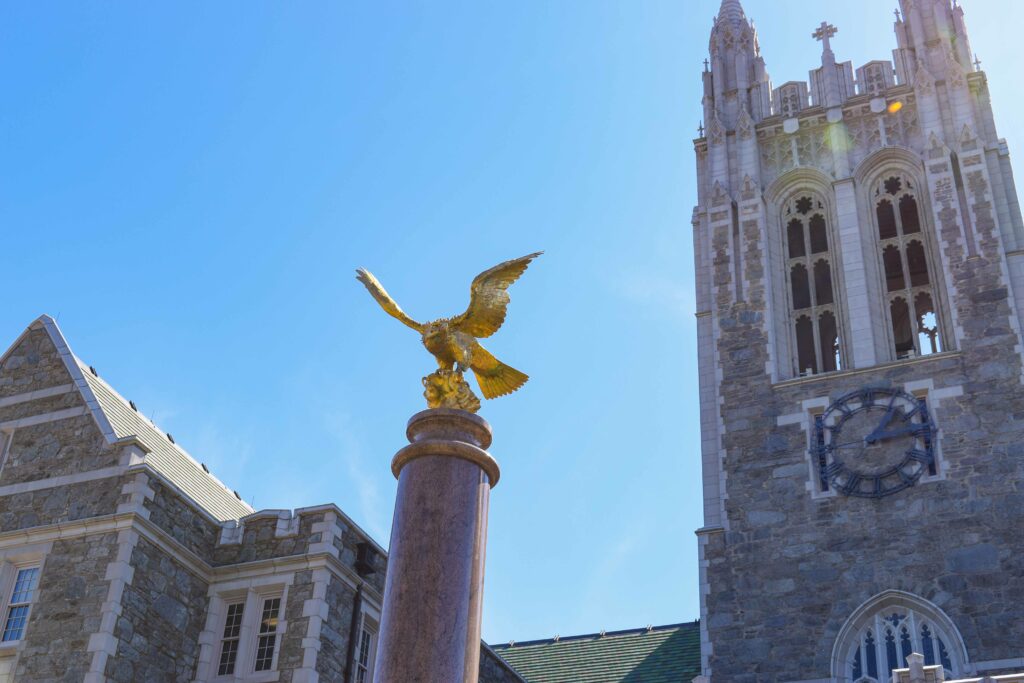 University professors and scholars from across the country engaged in a 48-hour Scholar Strike on Tuesday in response to racism, police brutality, and mass incarceration. The movement made its way onto the Heights, prompting various professors to cancel classes or incorporate lessons on racism, social justice, and white supremacy into their courses.

University of Pennsylvania professor Anthea Butler and Grand View University professor Kevin Gannon wrote on their website that they were inspired to start the Scholar Strike after witnessing the racial justice activism of Colin Kaepernick and other professional athletes. The goal of the movement is to stand in solidarity with the communities that academics serve and to support the protests for racial justice, according to Butler’s Aug. 26 tweet that sparked the strike.

“We believe that it is long past time for us to make a collective stand against police violence (particularly against communities of color) in the United States,” Butler wrote. “We will refrain from teaching and all administrative duties for this entire 48 hour period.”

Several BC faculty members took part in the Scholar Strike by canceling classes and withholding their labor from the University. Several faculty members told The Heights that they were inspired by the example set by professional athletes and that, in the face of racist violence, business cannot continue as usual, even at the university level.

“Racism isn’t going to disappear on its own; we need serious structural change to bring an end to white supremacy, and organized collective action is key to making this happen,” BC history professor Priya Lal said in an email to The Heights. “I want my students to know that I believe in the urgency and power of such action at this particular historical moment.”

Theology doctoral candidate Andrew Vink, who participated in the strike, said the strike provided the opportunity to practice liberation theology—a branch of Catholocism Vink studies focused on social justice—in a concrete way. Vink added that his participation was intended to convince many of his first-year BC students to consider questions about racial justice.

“I explained to my students that I was striking,” Vink said. “I connected them to the website for the strike that had resources for videos on racial justice, dealing with questions of defund the police, police abolition, [and] the issue of mass incarceration.”

BC history professor Sylvia Sellers-García said that leveraging work is one of the most effective ways to protest endemic violence against people of color in the United States.

“I may not be the person who has anything unique to teach about on this subject—on the contrary, I have a lot to learn.” Sellers-Garcia said in an email to The Heights. “But I can teach something by example, by demonstrating that a strike is worthwhile and has a purpose.”

Kyle Johnson, another doctoral candidate in theology, chose to do a teach-in for the theology class he teaches, rather than participate in a traditional strike. The strike’s organizers encouraged people to participate in a way that made sense for them, and Johnson said that as an educator, the most anti-racist action he could make was to facilitate a conversation with his students about racism.

“Anti-Black racism in North America and around the world is not something that we can ignore, [something that] too many of us, especially those of us who are white, have ignored for a long time and continue to ignore in lots of different ways,” Johnson said. “[My students’] academic work should be engaging with what is going on in the world and how people are being treated around them.”

Manothini Dupee, MCAS ’24, and MC Daly, Lynch ’22, both participated in Johnson’s teach-in. The teach-in was a positive experience, they said, and they appreciated the opportunity to engage in conversations about race, especially since students can feel that faculty and administration are not as open to conversations about inclusivity and diversity as the student body is.

“I was very happy to know that he was taking the time to teach people, and throughout the entire class he was very inclusive,” Dupee said. “And you could tell he was trying to get the point across that this was not the end of this conversation—it’s just the beginning—and that it’s a conversation that needs to be had even though it makes people uncomfortable. So I’m very proud to go to a school where professors do that.”

The Scholar Strike’s creators’ website provides more resources for those looking to become more informed on topics relating to anti-racism and racial justice. The resources include short lectures from striking scholars as part of the teach-in portion of the strike, as well as resources for further reading and viewing.

More than 5,000 preregistered to join in the strike, according to Inside Higher Ed. Professors were encouraged to participate in the movement—which pushed for professors to withhold their labor and not teach or complete administrative work—in a variety of ways.

“Professors who are not able to strike will be doing other actions with their students to help people, and the public, learn about racism, social justice, policing, and the kinds of racial injustices that have happened against Black, Indigenous, and other people of color in America,” Butler and Gannon wrote in an op-ed for CNN.