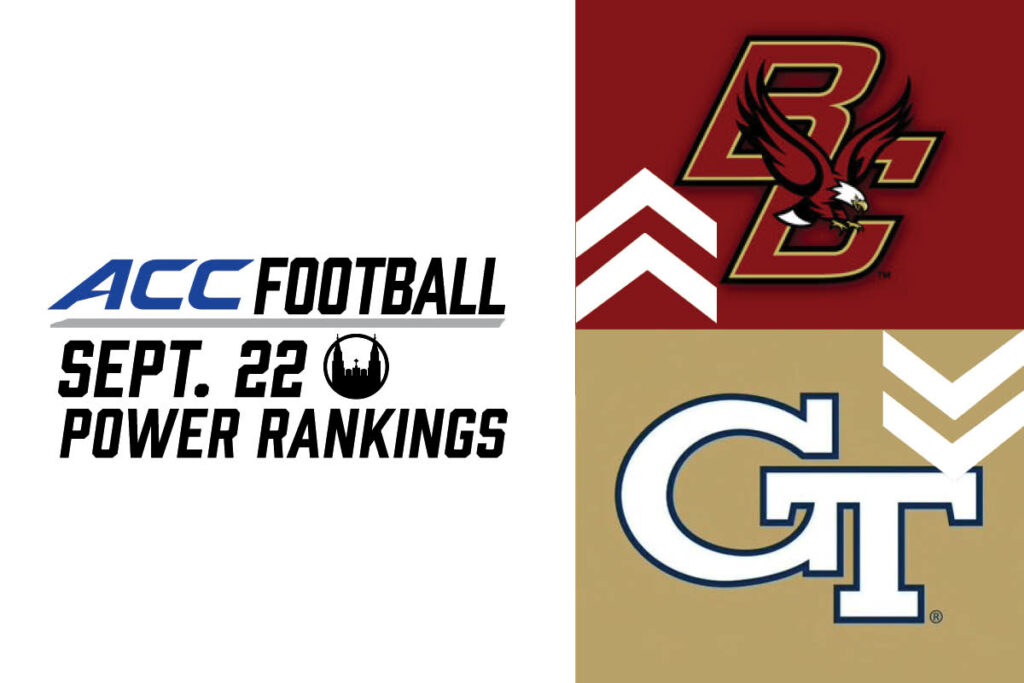 Two weeks into the college football season, there’s a lot we still don’t know about the ACC. Clemson looks like a safe bet to bring home a sixth-straight conference championship, but Notre Dame and Miami seem to have something to say about that. Virginia and Virginia Tech have yet to play after two weeks, but the Cavaliers will look to return to the conference championship game for the second year in a row. The ACC has seven teams in the AP Top 25 this week, but that should change once newly reinstated Big Ten teams are added to the mix. With each ACC team playing 10 conference games instead of the usual eight, look for each week to become much more competitive and important.

In his third collegiate season, Trevor Lawrence looks better than ever, and the Tigers boat raced The Citadel this week. Up by 49 at halftime, Dabo Swinney rotated his younger players in, giving the rest of the ACC a glimpse of the future of Clemson football. As the winners of the last five conference championships, the Tigers are well on their way to a sixth-straight crown. They have a bye this week, so don’t expect a change in the top ranking any time soon.

The Fighting Irish stomped on South Florida this weekend, scoring 52 points and holding the Bulls to none. The Notre Dame defense held its opponent to a 13.3 percent third down conversion rate, and the backfield ran all over the Bulls, including quarterback Ian Book who ran for three touchdowns. In its first season playing conference football, Notre Dame remains a favorite to topple a seemingly unstoppable Clemson squad. The Fighting Irish recently had to cancel this week’s matchup with Wake Forest as a result of at least 10 players testing positive for COVID-19.

Next Up: COVID-19-Related Bye

Is “The U” back? With elite transfer quarterback D’Eriq King in the backfield, the Hurricanes might reestablish themselves as big-time contenders in college football. After dominating the ’90s and early ’00s in the Big East, Miami has yet to win an ACC championship.  But after an electric offensive performance against Louisville—including two back-to-back one-play scoring drives—the team from Coral Gables is certainly in the conversation to give Clemson a run for its money.

After a convincing win over ACC door mat Syracuse in Week One, North Carolina’s Week Two matchup with Charlotte was canceled due to an O-line shortage as a result of COVID-19 contact tracing efforts. In his sophomore season, Tar Heels QB Sam Howell is an early favorite to attend the Heisman ceremony in New York City after an electric freshman campaign. With a bye week on the horizon, the Tar Heels will sit idle for a second week until a trip to Boston College in early October.

Pitt’s defense bailed out its offense against Syracuse in a 21-10 Week Two win, collecting two turnovers and seven sacks. But three scores won’t get the job done this week against a prolific Louisville offense—the Cards scored 34 in their loss to Miami—and Pitt’s offense can’t afford another spotty showing.

The good news for the Cardinals is that they put up 34 points against a solid Miami defense. The bad news is that they gave up 47 and fell two spots in the rankings this week. Louisville QB Micale Cunningham threw three touchdown passes, and his offense gained 516 total yards. If Louisville can tighten up its defense, it should have no problem with Pitt this Saturday.

The Wolfpack announced starting QB Bailey Hockman an hour before kickoff, and it paid off as NC State narrowly escaped Wake Forest 45-42. In the backfield, running backs Ricky Person Jr. and Zonovan “Bam” Knight each added over 100 yards. The Wolfpack will have to tighten up its defense as it prepares for an untested Virginia Tech opponent.

Virginia Tech is still an unknown quantity this season, as COVID-19 delayed the opening of the Hokies’ season. Head coach Justin Fuente told Virginia Tech’s branch of SB Nation that  he might not be able to field a full roster even this Saturday, throwing doubt on the certainty of the game. Without knowing who’s in and who’s out, we don’t know what Virginia Tech will look like this season.

The underdog Eagles climbed a lot this week after they dismantled the Duke defense and flashed plenty of offensive power with new transfer quarterback Phil Jurkovec leading the way.  But heading into a non-conference game against Texas State, BC likely won’t have the chance to move up much more this Saturday.

Virginia is another unknown quantity, but it reached the ACC Championship game last season before being blown out by Clemson. The Cavaliers then lost a disappointing Orange Bowl to Florida, and they’ll no doubt be looking to erase the taste of those losses from their mouths. They’ll open their season this weekend against a Duke team still searching for a win.

The Yellow Jackets lost to Central Florida 49-21 this weekend, as quarterback Jeff Sims completed only half of his passes with two picks.  On the bright side for Georgia Tech, freshman running back Jahmyr Gibbs scored two touchdowns and ran for over 125 yards.  The Yellow Jackets face Syracuse this week, and they look to maintain an unbeaten conference slate.

The Demon Deacons fell just short against NC State, but they looked explosive on offense en route to 42 points and 385 yards of offense. Running back Kenneth Walker III scored three touchdowns with 131 yards on the ground. Wake Forest is still looking for its first win, which won’t come easy against a ranked Notre Dame.

After a frustrating opening 16-13 loss against Georgia Tech, the Seminoles just can’t catch a break. Head coach Mike Norvell tested positive for COVID-19 and won’t be with the team against Miami this Saturday. In the absence of a head coach, fans can likely expect Florida State to fall to 0-2.

The Blue Devils’ offense looked lost and uninspired against BC this past weekend, turning the ball over five times. Clemson transfer Chase Brice got picked off twice en route to just one score all game. Duke heads to Virginia this week and will look to build a more inspiring offensive performance.

Syracuse drew two tough matchups to open the season, and the Orange didn’t look great in either game. The offensive line leaves much to be desired, allowing 14 sacks over the first two weeks. If the trend continues, expect Syracuse to continue dwelling in the cellar of the ACC.

*Because The Heights did not release power rankings last week, week-to-week movement is based on last week’s rankings from ACCSports.com.