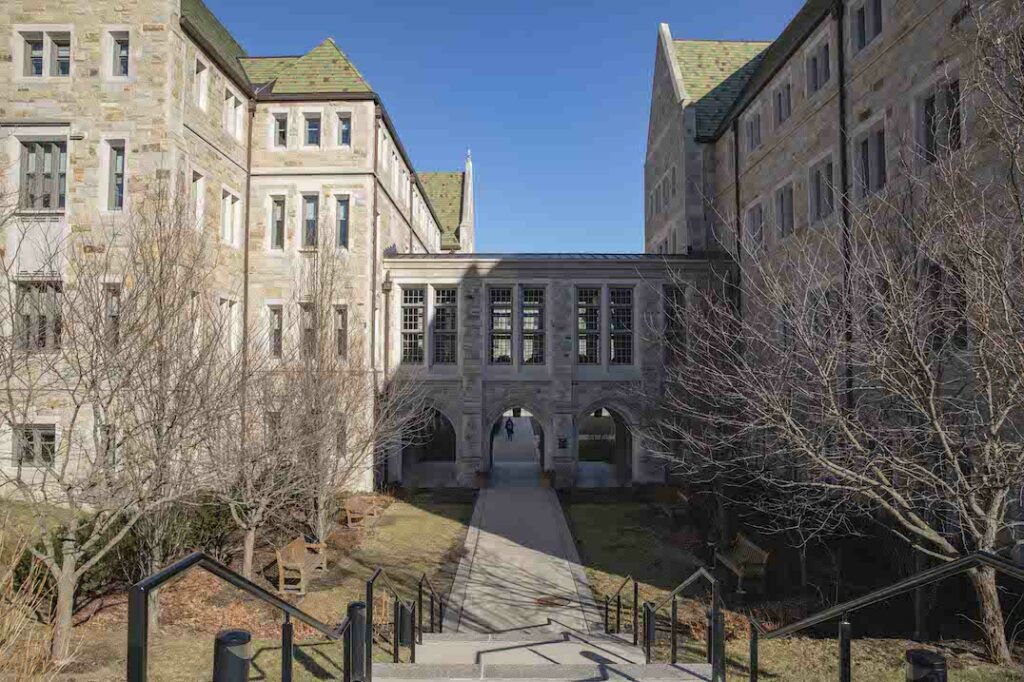 Students voted to fill 20 out of the 21 open seats in the Undergraduate Government of Boston College Student Assembly and passed a non-binding referendum to create an accessible pathway to Upper Campus by a wide majority on Tuesday.

Only four students ran for the five open seats for the Class of 2021’s senators, leaving a seat vacant.

The referendum, which called for expanding access to most of Upper Campus to students with walking disabilities, passed with 93.42 percent of the vote. While 2,032 students voted in favor of the pathway, 143 students voted against it.

UGBC Director of Diversity and Inclusion Conor McCormick, MCAS ’22, and chairs of the Council for Students with Disabilities Nicholas Claudio, MCAS ’22, and Svea McNally, Lynch ’22, expressed their support for the referendum in a statement to The Heights.

“We are happy to see that 93 percent of the people who voted on the referendum saw the necessity of an accessible route to Upper Campus,” the statement reads. “This referendum is one of many steps the Council for Students with Disabilities has taken in the past two years to create a more equal campus for students of all abilities.”

Though there is accessible housing available to freshman students with walking disabilities, some events are held on Upper Campus, including in the O’Connell House, which students in wheelchairs are unable to independently access.

“We are thrilled with the passing of the referendum,” the UGBC executive branch wrote in a statement to The Heights. “We will work closely with the Council for Students with Disabilities and Administrators to make sure Upper Campus is Accessible for all.”

The referendum is non-binding, meaning that the University does not need to abide by the results.

In 2018, the University rejected the results of a student referendum in which 94 percent of voters said that the group Students for Sexual Health should be able to distribute contraceptives on campus, without University funding or recognition. BC cited the fact that it is a Jesuit, Catholic university as the reason for its opposition to the distribution of contraceptives on campus.

Last year, 84 percent of student voters checked “yes” on a referendum asking if BC should withhold investments from the fossil fuel industry. The University remained opposed to divestment, saying that it does not view divestment as a viable solution to climate change and instead focuses on its own sustainability measures.

“Not only do we hope that this referendum garners increased student support for our ongoing projects (ie. Eagle Escort, Stadium Accessibility, improving the accessibility of building entrances, etc.), but we also hope to use the number of students standing behind it as a way to show the administration how significant and necessary this pathway is,” the statement from McCormick, Claudio, and McNally reads.

UGBC has not had a senate since the end of the spring semester, when the terms for the active UGBC Senate expired. The election for this year’s UGBC Senate was delayed until the fall due to the school’s closure in March. This left UGBC without an assembly body over the summer, when the executive administration moved to scrap the freshman mentorship program, the Undergraduate Leadership Academy.

In Tuesday’s election, students only voted for their own class representative.

Wieboldt is a former UGBC senator and presidential candidate. Lorenzo Leo, MCAS ’23, who ran for UGBC vice president last year on Wieboldt’s ticket, came in sixth with 10.02 percent of the vote, losing to Spagnola by 13 votes.

Olivia Deval, MCAS ’23, won the election for the transfer student senate seat with 44.31 percent of the vote, beating out two other candidates for the position.