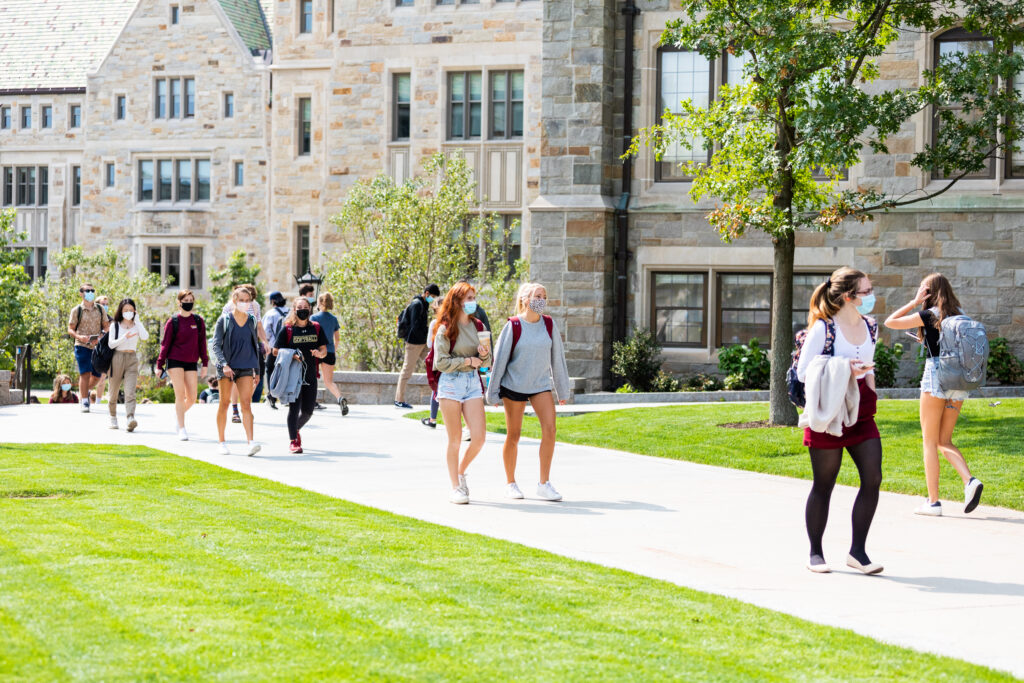 The University reported two additional undergraduates cases and 2,058 undergraduate tests in its first dashboard update of the week on Tuesday.

Senior Associate Director of University Communications Ed Hayward did not answer an emailed question from The Heights regarding whether the University reports tests from which it has not yet received the results in its dashboard numbers.

The number of Boston College undergraduates in isolation dropped from 59 on Saturday to 18 on Tuesday.

BC plans to conduct over 6,000 tests this week, according to a University release.

Eighteen undergraduates were in isolation as of Tuesday, with 10 in University isolation housing and eight recovering at home.

The positivity rate for last week also fell slightly to .52 percent as the University reported on Monday an additional two positives out of 458 more undergraduate tests.

BC experienced a spike in cases two weeks ago, with cases more than doubling in a week. The University increased testing after the spike, from 2,972 tests the week of the outbreak to 4,639 tests last week.

Boston Mayor Marty Walsh, BC ’09, expressed approval of the way BC handled the outbreak, including the University’s collaboration with local and state officials in its contact tracing efforts, in an interview with WBZ-TV on Sunday.

“I think it was a test for all of us to really see what happens when we see these large spikes,” Walsh said on WBZ-TV. “Boston College to date has been handling the aftermath of this in a good way. But it’s so important all the colleges, not just Boston College, stay very vigilant in testing, in tracing, and also in having spaces for isolation for our students.”

The University has now reported 130 total confirmed cases of COVID-19, with 111 recoveries. BC had conducted 32,117 total tests as of Monday.