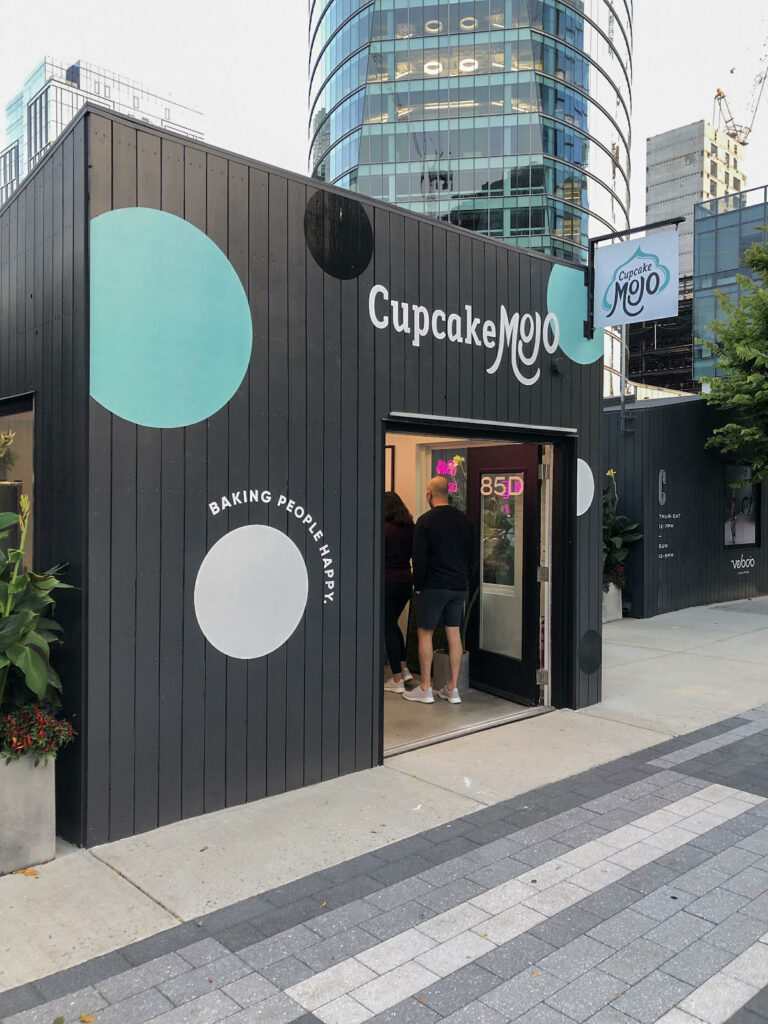 In the dynamic Seaport District in downtown Boston, there is always something new and interesting in the works. One enclave of the neighborhood plays host to four small spaces for pop-up shops, and a recent attraction has been the opening of Cupcake Mojo.

The local business, run by Maureen Fitzgerald and her daughter, Christina Nalband, originated in Weymouth, Mass. Nalband, a Seaport resident, was curious about the response the business would receive in downtown Boston after seeing a pop-up vacancy.

“[They] figured it would just be a good thing to test out, see how it goes,” said Kim Ellis, an employee at the Seaport location.

“[The signature flavor is] called the Nana’s Whoopee Pie,” Ellis said. “That’s the classic. That’s one Maureen created herself, so that’s our big flavor. It’s basically if you think of whoopie pie, like the sandwich, translated into a cupcake.”

So far, the shop has received a positive response from customers, Ellis said.

“There’s been a lot of people that have come in saying that friends and family have told them to come in, or they’ve seen us on Instagram, or featured on boston blogs and stuff,” Ellis said.

The pop-up should be in Seaport through January, according to Fitzgerald, and cupcakes can be ordered in advance or simply bought in person.

Social media has played a role in the pop-up’s popularity, and people are excited about the shop.

“[The cupcakes are] very cute, and I love that it’s a local business,” customer Denise Amaya said.

Residents of the neighborhood are also interested in the constant changes within the pop-up venue.

“I’m always interested in what they do with these because they’re so tiny, and they get very creative with space,” said Christina Crowley, who lives across the street from the pop up shop “They’re constantly changing, so it’s cool to see what they do, and this looks like it’s working.”

Following its opening on Sept. 19, the Cupcake Mojo pop-up sold out.

“Saturday and Sunday we sold out, both days, and then [business was] a little bit slower during the weekdays, but that’s to be expected,” Ellis said.

Regarding any business adaptations for the pandemic, Ellis said the shop is taking the necessary precautions.

“You have to limit the number of people—there’s a lot more wiping down and sanitizing, and just being mindful,” Ellis said. “From my point of view, that’s how things have changed.”

At the main location in Weymouth, customers are able to select each individual flavor, Ellis said. Currently, the pop-up shop sells pre-packaged mini cupcakes in a variety of flavors, and customers are free to choose which pre-packaged combinations they would like. The cleverly named prepackaged selections cater to a variety of tastes.

“There was a Nestle Tollhouse cupcake, so I’m very excited,” Amaya said when asked about their selection of the New England six-pack.

The Seasonal, a 12-pack, consists of pumpkin spice, dulce apple pie, chocolate mousse, and s’mores flavored cupcakes. For those that want the full cupcake taste-testing experience, the shop offers a mini cupcake 24-pack of every flavor offered.

Though the cupcakes are small, customers were pleased with their purchases, many commenting on how “cute” their selections looked. For those in the Boston area looking to try something new and craving something sweet, the Cupcake Mojo pop-up has the potential to be a fun and delicious adventure. 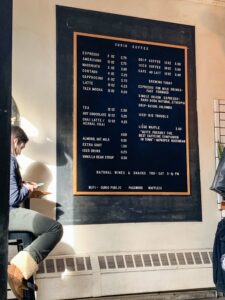 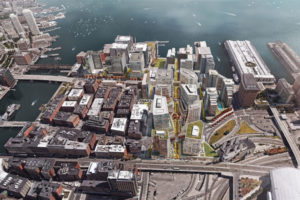