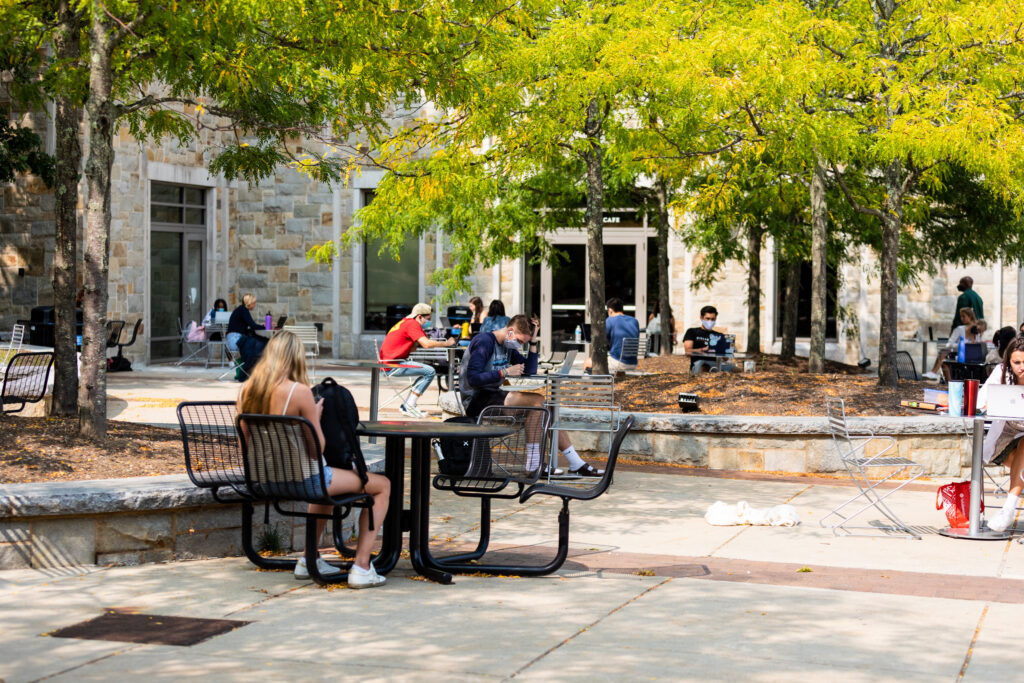 A new guest policy for Boston College residence halls went into effect Friday. Under the revised policy, students living in traditional single, double, triple, and quad rooms will be permitted one guest, while students in suites and apartments will be allowed two guests at a time.

This is a decrease from the rules outlined in BC’s Housing Addendum, which said students would be allowed one guest for each resident currently in the room. The addendum stipulated, though, that policies and rules may change during the semester.

Executive Vice President Michael Lochhead and Director of University Health Services Doug Comeau announced the change in an email to students on Wednesday. The email said the decision was based on BC’s infection data and a desire to limit the spread of the coronavirus on campus.

A follow-up email sent to students Friday said that the decision came after discussions with state and local officials concerned about the number of cases at BC and other Boston area colleges this semester, along with the recent rise in cases in Boston and Massachusetts.

“The policy also aligns us more closely with area colleges and universities, most of which have had ‘no guest’ policies in their residence halls since the start of the semester,” said the email, which was signed by Associate Vice President of Residential Life George Arey and Dean of Student Conduct Corey Kelly.

Arey and Kelly said that they hope they can revisit the guest policy when COVID-19 numbers improve in the region.

“We understand that you want to be able to have your friends over whenever you want, and that some may be frustrated by the decision,” their email said.

The University had performed 2,303 undergraduate tests with five positives last week at the time of the announcement.

Both emails requested that students wear masks in their common rooms and that students not travel during the upcoming Columbus Day weekend, reminding students to follow the Massachusetts state travel guidelines if they must travel unexpectedly.

A petition urging BC to exempt seniors from the new guest policy has garnered more than 2,000 signatures at the time of publication. The petition argues that the change is unfair because seniors have been abiding by social distancing restrictions, and it represents a change from the housing addendum students signed prior to the semester.

“Our senior year is already ruined with the strict rules instated by BC, and now that we have finally adjusted we are blindsided with this new policy,” the petition reads. “… Unless the policy reverts back to its already strict state, seniors will move off campus in mass exodus next semester so that we can socialize in adherence with state laws.”

The email from Lochhead and Comeau noted that no seniors were currently in isolation at the time, which the petition cited as evidence that the Class of 2021 has been responsible with social distancing. The email did not say how many of the undergraduates who had recovered from COVID-19 were seniors.

Two students also began an email campaign to administrators arguing that the restrictions are too stringent given current infection data and accusing the University of acting without sympathy. The campaign is addressed toward Lochhead, Associate Vice President of University Communications Jack Dunn, and the Office of Provost and Dean of Faculties David Quigley.

“We find the new guest policy stating that suites/apartments are only allowed two guests at a time to be unfair and callous,” the email that the students are encouraged to send to administrators reads.

“If there was a severe uptick in the positivity rate, we would be more understanding of these new guidelines. While the main goal is to keep Boston College students safe, it does not make sense to simply change the guest policy without also increasing testing or moving more classes online.”