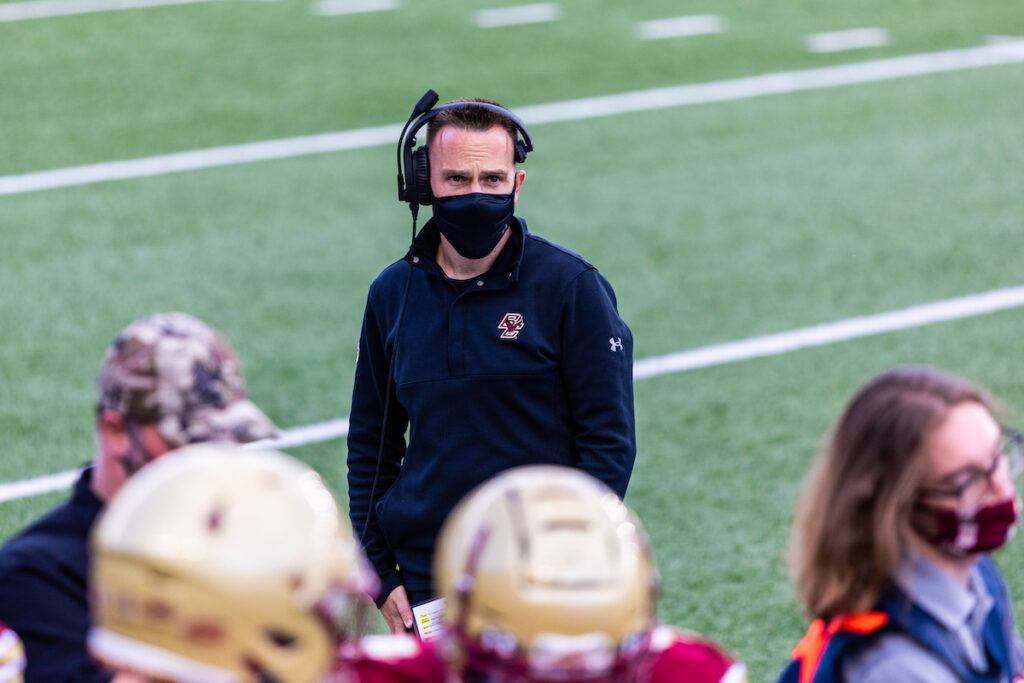 Last week, Boston College head football coach Jeff Hafley faced an old mentor as the Eagles took on UNC. Now, one week later, he’s familiar with more than just one piece of the opponent’s puzzle. It’s a homecoming of sorts for the first-year head coach, as Hafley and his squad will take on Pittsburgh—where he got his first taste of Division I, Power Five competition.

From 2006 to 2010, Hafley worked in various roles on defense with the Panthers under then-head coach Dave Wannstedt. As a result of his experience with Pitt—though the coaching staff has changed drastically since his time there—Hafley is familiar with the Panthers’ style of play. In some cases, his coaching style even emulates that of current head coach Pat Narduzzi.

“They play really hard,” Hafley said about Pitt’s defense, which, like Hafley, Narduzzi is very involved in. “They’re very disciplined, very tough. They’re very physical. And that’s a credit to [Narduzzi]. Truthfully, I think he has them playing as a team together probably better than anybody we’ve played so far this year.”

As a result of his defensive familiarity, Hafley’s impact on the Eagles’ defense has been profound. Since arriving on the Heights, BC’s national rank in total defense has gone from No. 125 in 2019 to No. 25 in 2020. The reason for that jump, Hafley said, goes back to the basics.

Just to reiterate... The Hafley Effect is very much real. #GetIn 🦅 pic.twitter.com/E0K7EyYYUE

Hafley also has a couple of standouts on the field to thank for that change as well. Marcus Valdez and Max Richardson, two of this year’s captains, have each stepped into big roles on the defense this year, and they’ve been working with the team to create a more cohesive unit.

“We’re going to focus on ourselves more than them all the time,” Valdez said on Tuesday. “So we’re always working on our techniques, and it’s going to be a big fundamental game.”

Through three games, the redshirt junior defensive end has already made major contributions to the team, notching 13 tackles (three for loss), two sacks, and a fumble recovery.

He’s part of a defensive line unit with plenty of individual experience, but limited playing time all together. BC’s front four now includes two very recent transfers: Luc Bequette and Max Robinson. The two have already shown their strength and skill through the first few games.

“They’ve made an impact already in the first couple of weeks they were here, so they’re going to be huge factors,” Valdez said. “It’s all love, you know. We’re getting better, and they’re going to help us big time.”

Pitt’s offensive and defensive lines, on the other hand, are formidable opponents thanks to their cohesion as a group, and Hafley and his squad will have to adjust accordingly.

In addition to the strength of its trench units, Pitt has recorded 128 points in its first four games, 77 of which came in the red zone. As a result, Hafley said this week’s contest will come down to red zone efficiency on both sides of the ball.

“I’m just hoping that the further the season goes, the more experience we get, [red zone performance] will tighten up, and we’ll make the plays that are there,” Hafley said. “On offense and defense, that’s where everything happens so fast, where you’ve got to really be on it.” 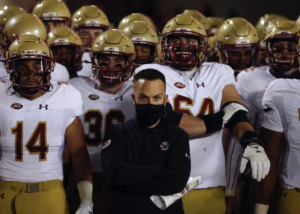