“Hold On” is the latest song released by R&B and hip-hop artist H.E.R. (Having Everything Revealed). She performed the ballad while starring as the musical guest on Saturday Night Live this past weekend. Her soulful voice and guitar skills shined as she debuted her two latest songs, “Hold On” and “Damage.” H.E.R’s most recent singles should excite fans pining for another album, as the two songs highlight the range and technique that H.E.R is capable of delivering. The live performance also reminded fans of H.E.R’s raw talent as the simple stage setup and limited production put the spotlight on her vocals and lyrics. “Hold On” sticks to her R&B roots and builds upon her past successes while being featured on hip-hop songs alongside rappers YG and Pop Smoke. Her latest songs prove that H.E.R can stand alone as a singer and an artist.

“Green Eyes” is the latest single from London-based artist Arlo Parks. As fans wait for the rising star’s highly anticipated first album, this single does not disappoint and once again shows Park’s musical abilities and range. Arlo Park’s impressive and fast rise to fame has led her music to be featured on the soundtrack of the popular show I May Destroy You and to collaborate on songs alongside Glass Animals.

Rapper Jack Harlow’s latest single “Tyler Herro” does not bring anything new to the table. The 22-year-old’s new song about the Miami Heat basketball star sounds incredibly similar to his last album Sweet Action and is really just an accumulation of flexing over a garage band beat. Despite his talent, this single falls short of adding anything original to Harlow’s musical repertoire. 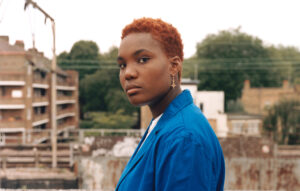