“What a Time to Be Alive” – Amy Allen feat. Pink Sweat$

With her newest single, “What a Time to Be Alive” featuring Pink Sweat$, Amy Allen delivers a timely, soft-spoken reflection on the state of the world around her. While she never names anything specific, it isn’t hard to imagine what has her in such a pensive, but still positive, state. Given the hotly contested presidential election and the mystery that is the coronavirus, Allen’s new single simply says what everyone has been thinking for months: “Oh, what a time to be alive.”

On this new track, she joins forces with Pink Sweat$, a rising artist in his own right, and while neither the lyrics nor the production are overly complex or novel, the track does not come off as contrived. Instead, with softly played piano, guitar, and drums, the song sounds sincere and optimistic. In the chorus, they sing, “Would you wanna live / In a world that isn’t right?” It’s obvious that both Allen and Pink Sweat$ would answer with a resounding “No!” to their own question. While they don’t offer a solution to the state of the world (and who can blame them?), the listener undoubtedly leaves this single more hopeful than before.

BENEE, who rose to prominence after her smash song “Supalonely” went viral on TikTok, released a new track titled “Happen to Me,” in which she expresses her fears about dying and growing old. But backed by a mellow electric guitar and looped drum track, BENEE delivers her lyrics in a way that inspires the listener to hope rather than to dwell in despair.

Aries returns to the music scene with “FOOL’S GOLD,” the lead single off his forthcoming sophomore album. On this track, listeners hear him touch on many different themes and ideas that it is hard to pin down any sort of meaning behind the lyrics. With heavy synths and driving beats, Aries doesn’t seem to be leaving his comfort zone on his new song, sticking to similar sounds and rhythms presented on his previous releases. 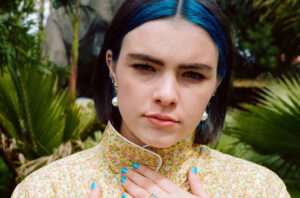