Home » ‘I Am Greta’ Shares the Journey of a Climate Justice Icon
Arts, Movies, Review

‘I Am Greta’ Shares the Journey of a Climate Justice Icon

Greta Thunberg’s protest began with a simple hand-painted wooden sign and a determination that withstood the skeptical questions of strangers. People passed by the small 15-year-old girl sitting on the street, quickly looking away, not wanting to think about the deteriorating environment she was fighting to preserve.

The revealing documentary I Am Greta, which was released Friday on Hulu, shares the story of the young climate activist as more and more people started to gather around her in the street and her solo strike became a global movement.

Director Nathan Grossman began filming Thunberg when she decided to miss school in order to protest outside the Swedish Parliament. The documentary is able to capture this historical movement that Thunberg galvanized as other youth activists all over the world, including 19-year-old Anuna de Wever of Belgium, started holding their own protests and joining forces with Thunberg. Video clips show streets packed with people carrying clever signs and demanding justice. The film shows how rapidly her words spread due to the extensive media coverage of her bold, yet frighteningly truthful, statements.

“What we are doing now future generations can’t change,” Thunberg said in an interview presented in the documentary. “No one is doing anything and nothing is happening, so I must do what I can.”

As Thunberg’s fame grows and she is asked to deliver more and more speeches, viewers might grow suspicious of all the organizations that invite Thunberg to speak. When the film shows adults bending down to take selfies with Thunberg before she steps on stage, the question of the true impact of her words arises. The documentary is able to take a critical look at this form of activism through Thunberg’s own frustrations about why she is asked to speak at many events.

“I honestly don’t understand why I even get invited,” she said after her speech kicking off the European Economic and Social Committee (EESC) seemed to leave no impact on the assembly. “It feels like all they want is to be spotlighted—to make it look like they care, as if they were doing something.”

Despite the frustration of facing a crowd of powerful people not taking enough action, Thunberg continues to write speech after speech. Providing a look into her preparation for these events, the film reveals how her compelling statements are entirely her own.

With her father looking over her shoulder, she sits typing away. When he tries to convince her to leave out the phrase “mass extinction” she dismisses his edit. Refusing to soften her language for the adults in her audience who don’t share her sense of urgency, Thunberg insists that she must do everything she can to raise awareness—even when it clearly takes a toll on both her mental and physical health.

The documentary switches between shots of Thunberg speaking in front of thousands of people to scenes showing her teenage self sitting on her couch, watching on social media as her movement grows. In these personal moments, the film communicates its most powerful message, revealing the burden of this movement on Thunberg and all of the empty promises her generation has been handed by world leaders. At times the young activist, who speaks about having Asperger’s syndrome, is overwhelmed by all the people swarming around her.

When she first discovered the failing state of the planet, Thunberg, who has a photographic memory, became laser focused on the topic, learning everything she could. Thunberg said the terrifying truth she discovered through her research led her to develop anxiety and depression. Emerging with remarkable determination, Thunberg set out to do whatever she could to bring attention to the planet’s increasing levels of gas emissions and pollution.

Showing Thunberg graduating from middle school in the top of her class, the documentary seems to be asking how world leaders have been so irresponsible that they have left the task of speaking for the environment to her—a young girl who should be in school and enjoying a carefree childhood.

Arriving in New York City to the thunderous cheers of crowds, the documentary concludes with Thunberg descending upon the 2019 United Nations Climate Action Summit to deliver a speech, which she sailed across the Atlantic Ocean to give. By providing a closer look at Thunberg’s triumphs and struggles, the film is a must-see, as it contextualizes the rise of the climate-justice icon, revealing her motivations and how she understands the influence and urgency of the movement.

The documentary delivers its final punch as Thunberg rebukes the leaders of the U.N. for leaving the younger generation to fight for the planet and their own futures. The camera then cuts to the audience filled with politicians, some scrolling through their phones.

“How dare you look away,” Thunberg said. 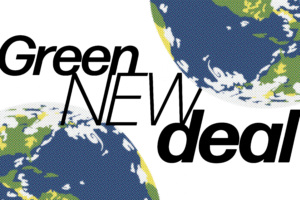 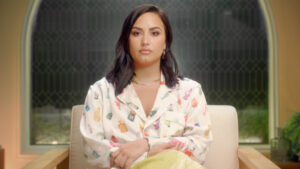