Rapper 6 Dogs Leaves Behind A Trove Of Inventive Songs

In 2016, high school junior Chase Amick was grounded after being arrested for attempting to enter a home he thought belonged to a friend, leading his mother to discover the music he had been secretly recording at friends’ houses under the alias 6 Dogs. Today, his most popular song “Faygo Dreams” has over 100 million plays on Spotify alone.

“Faygo Dreams” is the most recognizable of 6 Dogs’ work, but it is not what first thrust him out of the SoundCloud rap underground. His second song, “Flossing,” was his first to go viral. The video for “Flossing” was shot by 6 Dogs’ cousin on an iPhone in the basement of the rapper’s childhood home. In the video, 6 Dogs dances in front of a blank wall with a Kurt Cobain interview projected onto it. Like the rockstar, 6 Dogs’ life ended early and tragically at the height of his career. The artist, musician, and SoundCloud legend 6 Dogs passed away on Tuesday.

The unexpected death of 6 Dogs was a blow to the SoundCloud community and the music industry as a whole, with artists like Benny Blanco, Yung Gravy, and Drippin So Pretty taking to social media to mourn the young artist’s passing.

Born to devoutly Christian parents in Atlanta, Ga, 6 Dogs spent his childhood exploring nature with his church group and experimenting with Legos while other kids played video games and watched television. He grew up removed from popular culture and remained private even after his music blew up on SoundCloud.

During his lifetime, 6 Dogs released three albums and many singles. Along with “Faygo Dreams,” songs like “Buttcheeks,” “Scar,” and “Someone” gained traction as well. His second-most played song on Spotify, “Off The Gas,” features fellow SoundCloud rapper Lil Skies.

If 6 Dogs’ sound feels fresh and original, that’s because it is. The little music he was exposed to as a child was Christian, so he lacked typical exposure to popular artists when he started making music himself.

Overall, 6 Dogs’ music is bouncy, monotone, and catchy. His lyrics range from heavy material that focuses on mental health and drug abuse to a lighthearted and funny tone as he rhymes about animals, money, soda, and cars. In 2018, The FADER magazine dubbed 6 Dogs the new “hook god,” giving credit to 6 Dogs’ songs including “OK” and “Chutup” for their catchy, fun hooks. The same article calls 6 Dogs a mashup of 21 Savage and Lil Yachty, a fair comparison given his upbeat sound often contrasts with deep lyrics.

If it weren’t for the music streaming website SoundCloud, 6 Dogs would likely have never made it out of his parents’ house in Atlanta. SoundCloud allows anyone to post songs to the platform easily and for free, making it a popular choice for artists wanting to experiment with music and potentially reach an audience of listeners. Rappers like Juice Wrld, Lil Yachty, and Yung Lean are some of many artists who first went viral on SoundCloud.

SoundCloud rap has since become a genre of its own, mostly featuring energetic rap bragging about things like money and cars. SoundCloud has forever redefined the music industry by allowing anyone to record music from their bedroom and post it for the world to hear within minutes of finishing.

In five years, 6 Dogs went from a grounded teenager to one of the most iconic underground artists of all time. During his lifetime, 6 Dogs used his platform to spread positivity and help the world any way he could. At the beginning of 2020, 6 Dogs created the wallabee challenge on TikTok, encouraging fans to post videos of themselves dancing to his song “Wallabeez” in an effort to promote it. All of the profits from the song were put toward fighting wildfires in Australia.

Although 6 Dogs’ life has come to an untimely end, his music will remain on SoundCloud, forever serving as a reminder of the musical trailblazer who burnt out at the height of his career. While 6 Dogs’ music ultimately could not save his own life, countless fans have accredited it with saving theirs.

Throughout his career, 6 Dogs remained vocal about personal mental health struggles. He used music as a way to cope with his depression and hoped to help fans overcome their personal struggles. He said his favorite lyric from “Faygo Dreams,” “I’m thankful for these scars now,” because it served to remind listeners that there is a light at the end of the tunnel. Like fellow rappers Juice Wrld and Lil Peep, 6 Dogs was 21 years old at the time of his death. 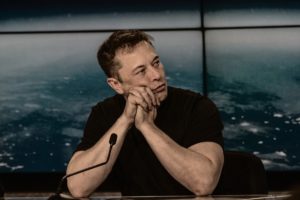