BC Heads to Durham, No. 11 Duke Awaits

Boston College baseball (3-0) continues its southern excursion this weekend, traveling to Durham, N.C. for a three-game series against No. 11 Duke (2-2). In the historically deep ACC, every game counts, and Friday marks the beginning of conference play for both teams. Coming off a dominating, season-opening three-game sweep over Charleston Southern this past weekend, the Eagles aim for a series win over a ranked foe to cement their national presence. Duke looks to bounce back from a 6-1 midweek setback against No. 24 East Carolina after a 2-1 series win over Coastal Carolina the previous weekend in which Duke scored a combined 29 runs in three games.

The Eagles and Blue Devils last met in Brighton in 2019, with the Blue Devils winning the series 2-1 after BC lefty Dan Metzdorf shut them out in the first game of the series. The two have been evenly matched over the past 10 years, and BC leads the last 21 games in that span 11-10. Duke holds a slight edge at home, with a record of 7-5 against BC in Durham. BC leads the all-time series 21-14, meeting first in 1953.

BC and Duke will be fighting for territory in the crucible that is ACC baseball this year. Eight teams in the conference are ranked, with five top-15 programs in the most recent D1Baseball.com national poll. According to WarrenNolan.com, BC’s predicted strength of schedule ranks consistently in the top 30 in the country. Duke, on the other hand, holds the predicted 10th most difficult regular season slate. Playoff bids in the 2021 ACC will be hard to come by, but expect both teams to be battle-tested should they reach the NCAA Tournament.

Duke’s impressive tally of 29 runs in its three-game series against Coastal Carolina was remarkably bested by BC, scoring 34 times in three games at Charleston Southern. In Friday’s matchup of bonafide first-three-round MLB Draft prospects on the mound for each team––Pelio for the Eagles and Stinson for the Blue Devils––will the offensive stampede continue? Whether the aces duel it out remains to be seen, but the offensive capability of both teams is unquestionable. Hitting spots and defensive precision will tell the tale.

Morissette, a preseason USA Baseball Golden Spikes Award watch list infielder, showed plate discipline this past weekend, walking six times in three games. Despite a no-doubt missile of a home run in the first game, Morissette struggled to find open grass when he put balls in play. Look for Morissette to bounce back big with a statement weekend against the Blue Devils.

Senior switch-hitting catcher Rothenberg has been a mainstay in the Blue Devils’ lineup for three years, serving as the anchor behind the plate for the 2019 Duke team that reached the Super Regionals, falling to eventual champion Vanderbilt in three games. In 2020’s shortened season, Rothenberg posted an impressive .349/.551/1.156 slash line in 16 games. Rothenberg is poised to assume a leadership role on this year’s Duke team, batting third. 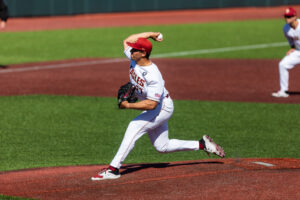 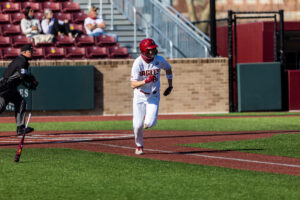 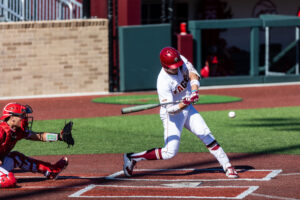