Boston College must reexamine the campus culture surrounding sex that is perpetuated by outdated rules and a lack of transparency in order to destigmatize the experiences of victims of sexual assault. The University should also provide more direct support for victims.

This reexamination should be inspired by an executive order, signed on March 8 by President Joe Biden, directing the Department of Education to reexamine the Trump administration’s changes to Title IX that went into effect this past August.

As reported by The Heights in 2020, “The new [Trump-era] rules most notably mandate live cross-examination during hearings and narrow the behavior that schools must investigate with a new definition of sexual harassment. The rules also reduce the locations and circumstances for which a school has responsibility to investigate, such as off-campus housing. They also allow schools to use a higher standard of evidence in their sexual misconduct investigations, an option that has been available since 2017 but no schools have adopted.”

Sexual assault happens at BC. According to the University’s Annual Campus Security and Fire Safety Report, there were 23 reports of on-campus rape and seven reports of fondling at BC in 2019.

“Twice as many rapes and four times as many fondlings per student were reported at Boston College than at the average of its competitor schools in 2018, according to data from campus safety reports,” The Heights reported in 2019.

These numbers are remarkable, considering that many victims of sexual assault do not report their experiences. According to RAINN, only 20 percent of female-identifying students who are victims of sexual assault report their experiences. With this statistic, it is a reasonable assumption that many victims at BC have not come forward.

BC notably prohibits “sexual intercourse outside the bonds of matrimony.” While this rule is recognized by many students on campus as a defunct relic of the past, it still sets the tone for any conversation about sex at BC.

Stigmatizing consensual sex by categorizing all sexual acts as sinful instead of properly distinguishing between consenual and nonconsenual sex makes it even more difficult for victims of sexual assault to share their experiences. Moreover, male-identifying and LGTBQ+ victims often experience a greater degree of self-doubt surrounding their experiences that is heightened by the Jesuit, Catholic values that the University cites in its Student Code of Conduct on sexual activity.

Much of the activism and advocacy surrounding sexual assault prevention at BC is done entirely by students—especially members of Stand Up BC and employees at the Women’s Center. While their actions are admirable, the majority of the Women’s Center staff is undergraduate students, who are taking on the responsibility of providing support for the University’s entire undergraduate population. These programs need more than just outward support like social media posts from the University. While BC does provide additional support through the Sexual Assault Network, this program still falls under the management of the Women’s Center. The University’s efforts are not nearly enough to facilitate honest dialogue about sexual assault. This responsibility should not be borne solely by students.

The University’s response to reports of sexual assault, as outlined in the Student Sexual Misconduct Policy, remains largely undefined and dependent upon the specific incident reported and whether or not the victim requests confidentiality. BC, however, relies heavily on connecting victims with student-led organizations to offer support, which highlights a subliminal passivity. The Women’s Center and other resources rightly fall under the umbrella of University Health Services, but these organizations should receive more internal support in the form of increased staffing from the University.

The reexamination of Title IX by the Biden administration is a sign of greater support for victims of sexual assault on college campuses, but BC needs to reexamine its own culture around sex in order for any Title IX changes to have a meaningful impact on campus. BC should follow the example of the Biden administration and reevaluate its own rules. 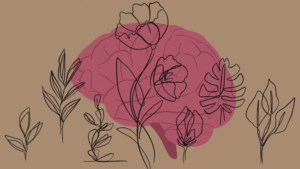