Ruthanne Fuller To Serve Another Term as Newton Mayor

Mayor Ruthanne Fuller will serve another four years as Newton’s mayor. She defeated former Newton City Councilor Amy Mah Sangiolo by 1,508 results, according to unofficial results from the city.

“I promise to be a Mayor for all of Newton,” Fuller wrote in a statement on social media. “No matter who you voted for across all of the races, I pledge to continue to listen carefully and empathetically to each one of you.”

After the polls closed at 8 p.m. on Tuesday, the city clerk’s office reported that Fuller received 10,796 votes and Sangiolo received 9,288 votes.

Newton first elected Fuller in 2017, making her the city’s first female mayor. Prior to her first term as mayor, Fuller served on the city council for over ten years.

Sangiolo launched her second campaign for mayor, the first being in 2017, after serving on the city council for over 20 years. She entered the race seeking a change in leadership in Newton following Fuller’s handling of the pandemic.

As Fuller enters her next term, she thanked Newton voters for putting their trust in her.

“From Auburndale to Nonantum and Upper Falls to Oak Hill Park and everywhere in between, I will always hear your voice,” Fuller said. 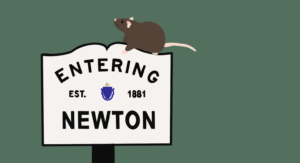