Home » BC Dining and EcoPledge Team Up for Collection of Lost Dishware
News, On Campus

BC Dining and EcoPledge Team Up for Collection of Lost Dishware

On Wednesday, EcoPledge embarked on a door-to-door trek throughout Stayer, Walsh, and 90 St. Thomas More Rd. in hopes of collecting some of the hundreds of plates, bowls, and silverware that have vanished from dining halls throughout the semester.

“Rather than students having to bring dishes back to dining halls themselves, we’re doing it for them,” BC Dining intern Jane Fulton wrote in an email to The Heights. “We’re focusing on dorms that primarily house students that are on meal plans and eat on campus.”

According to Fulton, BC Dining first contacted EcoPledge to start a dish drive in November when it noticed over 60 percent of its bowls had gone missing since the start of the semester.

The University has lost 750 bowls from dining halls, BC Dining said in an email sent on Dec. 7. But, missing bowls and plates are not a new issue for BC Dining.

In the spring semester of 2019, Fulton said that McElroy stopped offering reusable utensils entirely because it had lost almost all of its silverware and did not find it sustainable to continue replacing it.

The drive was created to solve this recurring problem and avoid returning to single-use compostable or plastic containers.

BC Dining has teamed up with EcoPledge in the past to address these issues and other sustainability projects. According to Fulton, volunteers from the club were vital for this collection, past drives, and other ongoing sustainability efforts.

“We really value our relationships with student sustainability groups on campus and appreciate their help communicating with students on this issue,” Fulton wrote.

Kelly also said that the organization tried to bring holiday spirit to the collection.

“We wanted to bring everybody back some holiday cheer,” Kelly said. “[We were] playing Christmas music along the way, and some people even thought we were carolers.”

According to Kelly, the collection was evenly distributed among the three halls, but there were some dorms with far more dishes than others.

“There were a few people with a bunch of dishes, but for the most part, they were distributed pretty evenly,” Kelly said. “Most people gave us one to three things, but a few people had stacks of things.”

While the drive resulted in over 100 returned items, Kelly said that EcoPledge and BC Dining are hoping to collect more dishes in the future.

“[It was a] good turnout, but we may do it next semester,” Kelly said.

If bowls, plates, and silverware are not routinely returned to dining halls, Fulton said that future sustainable dishware options will be limited.

“It’s difficult to expand availability of reusable dishes or offer new forms of reusables (such as mugs or cups) when students are showing they will just take those items home,” Fulton wrote. “We don’t want to resort to only offering cheaper disposables, but when students take dishes at such high numbers it makes it difficult to continue offering reusable options.” 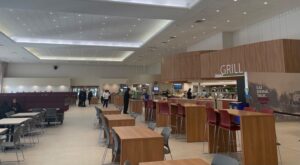 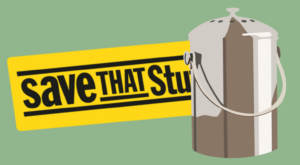