Home » The Honesty Inherent In An Unmade Bed 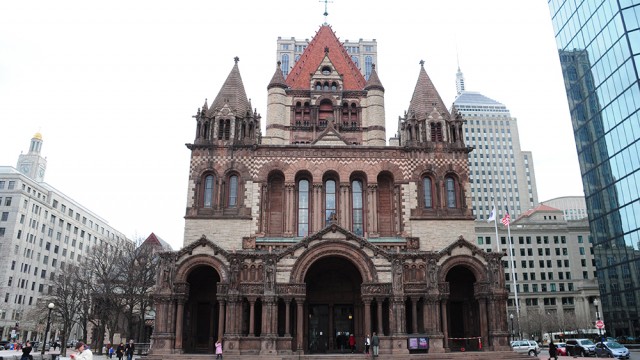 The Honesty Inherent In An Unmade Bed

There is something about an unmade bed that conveys a certain sense of honesty. In the vulnerable moments of sleep, the indents and creases become a chronicling of the tossing and turning, rest and unrest of its owner, until the next morning when it is all tucked in and smoothed over again.

In 2013, Boston’s homeless population rose almost 4 percent, according to the 34th Annual Homeless Census. This means that there are roughly 7,000 unmade beds on the streets of Boston, all infinitely more open and raw and honest than any unmade bed in a cozy apartment throughout the rest of Boston.

This summer, I commuted from my beautiful home in the pristine suburbs of Hingham, Mass. to South Station. Every morning, about three yards from the mouth of the station, the stream of suits and Starbucks would part for a moment.

There, in the middle of the sidewalk, I would see the same woman. She didn’t look too much older than me, maybe in her late 20s. Most mornings she stood relatively stoically, Dunkin’ Donuts cup outstretched with a tattered cardboard sign that simply said, “Mother of two, please help.”

She smiled at those who passed, thanked those who gave, and ignored those who almost ran her over because they could not possibly take their eyes off their iPhones for the two seconds it would take to realize there was a human standing still in the path who was not following the masses into the high rises. She stood always with a sense of purpose and, in my opinion, certain bravery.

She was not there every morning, nor was I, but she became a fixture of my summer. I often wondered if I became one to her—not that I deserved to be remembered any more that the next person. Sure, I stopped and gave her money sometimes. But there were also mornings when I was late or lazy and simply averted my gaze and walked straight past her. To think she would remember me would be self-flattery. I’m sure dozens of 20-somethings in Tory Burch shoes passed her every morning. For some reason, she stuck in my mind despite the 18 or so other homeless figures I passed every morning on my walk from South Station, through Chinatown, to the Back Bay.

One normal morning, the current of normal professionals parted in their normal way in the normal place. But I did not see the top of her bun from afar, as I normally did. After a few tiers of people passed down the sidewalks, I breathed that little sigh of relief that comes when your daily routine is still as it should be. She was there that day. But that day was different.

She was seated on a busted milk crate, sleeping bag bunched around her waist, despite the muggy, Boston summer day. Nothing else was different. Same sign, same Dunkin’ Donuts cup. But she looked so … exposed.

This was her unmade bed—a rumpled, stained, honest, forest green look at where she rests. And it left me unsettled, almost insecure. The simple shift from her standing, working in her own way, to sitting in her bedding was a much-needed reminder that she was indeed homeless. This was her bed—there was no more for me to see. It robbed her of a certain agency I naively gave her in my head, this idea I had that she made the choice to stand among the swarm of commuters. While in a literal sense she was making that choice, the overriding status of homelessness forced her into that position.

I never saw more of her life than a slice of the morning and a few smiles in exchange for some handfuls of change. But in an honest moment in her unmade bed, I was reminded of one of the ugly realities of living in a city. She is one of almost 4,000 adults on the streets of Boston. I never saw her kids, but thought about them every time I saw her sign as part of over 1,000 homeless families.

There are 7,000 honest, unmade beds on the street of Boston, which we all walk by with only passing thoughts. Their exposure often betrays their owners, inviting only the mental projections of passersby, like me. Despite the unintentional candor, each makeshift bed deserves to be looked at as just as human as the unmade bed in a Southie apartment. Each honest, unmade bed should continue to be counted until that very number decreases by year.