This weekend, Erika Reineke competed in the ICSA Singlehanded Nationals, hosted by Western Washington, where she brought home the gold. Eighteen representatives from 18 different schools around the country were in attendance, but Reineke ended the day on top with a score of 10 points, with the next closest competitor seven points behind her. The runners-up were Lindsey Baab from Brown, who came in second, and Dana Rohde of the Coast Guard Academy in third.

The championship was Reineke’s third straight, as she has dominated the field since arriving at BC as a freshman in the fall of 2012.

Jessica Wacnik’s winning streak ended on Thursday morning when, at the ITA/USTA National Indoor Collegiate Championships, she fell to fellow ACC participant Stephanie Wagner of Miami. Wacnik stole one set—the second—6-3, but Wagner took the first and the third by a score of 6-4 to eliminate Wacnik from the main draw. Wagner went on to win her second-round match 6-2, 6-2, then fell in the third round. Wacnik also lost her first match in the consolation bracket to Blair Shankle of Baylor 4-6, 6-4, 7-5. Julie Elbaba, the sixth seed out of the University of Virginia, won the championship, defeating Maegan Manasse. 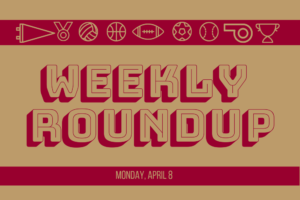 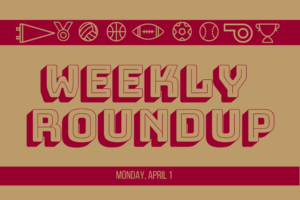