When it comes to prestigious awards shows, the Golden Globes occupy somewhat ambiguous territory. Whereas the Oscars, Emmys, Grammys, and Tonys are all geared toward one specific entertainment industry, the Globes cover both film and television. This effectively makes the Globes seem like both an afterthought (in the case of television, which is celebrated at the Emmys four months earlier) and a warm-up (in the case of film, whose main celebration comes with the Oscars a month later). Compounding the strangeness is the actual organization that gives out the prized Globe: not a professional industry organization, as with the other awards shows, but a shadowy cabal known as the Hollywood Foreign Press Association, consisting of 90-odd foreign journalists whose sole purpose seems to be having this show once a year.

So, how to make the Golden Globes relevant? Hiring Tina Fey and Amy Poehler as your hosts is a good start. The two reigning queens of comedy proved their hosting mettle for the third consecutive year on Sunday night, delivering a 10-minute opening monologue with jokes about everything from the North Korean cyber attacks to Bill Cosby rape allegations. The jury’s still out on whether the Cosby joke was in good taste. Judging by the audience’s collective gasps, and Jessica Chastain’s front-row facepalm, the answer would seem to be no, although George Clooney, at least, seemed to get a kick out of it.

Clooney himself ended up hogging the stage for a spell as he received the Cecil B. DeMille Lifetime Achievement Award, a curiously premature honor for the 53-year-old. Even the hosts seemed to question the relevance of the award: one of Fey’s best jokes contrasted Clooney’s life achievements with his new wife Amal Amaluddin, an international human rights lawyer with substantial experience in high-profile UN cases.

The show could have used a little more of Fey and Poehler’s irreverence. After the opening monologue, they played a noticeably diminished role, turning the stage over to the usual onslaught of overlong speeches and tributes.

Still, the ceremony wasn’t entirely without its moving moments. Patricia Arquette, picking up a supporting actor prize for the 12-years-in-the-making Boyhood, dedicated her award to single mothers around the country and to her own parents in particular. The film’s director, Richard Linklater, likewise delivered a gracious and genuine speech after winning Best Director. Kevin Spacey, who won best actor in a TV drama for his hammy lead performance in Netflix’s House of Cards, shared a long memory about the director Stanley Kramer and his constant drive to improve artistically. Like many awards show speeches, it managed to be both heartfelt and self-indulgent.

Of course, the real value of awards shows lies in the shiny awards themselves. On that count, the Hollywood Foreign Press Association managed to deliver a few surprises. Showtime’s The Affair, an adultery drama that premiered in October, walked away with the prize for Best Television Series Drama, while its star, Ruth Wilson, took the corresponding Best Actress prize: not bad for a new show that lacks the name recognition of its competitors.

The other TV categories were full of fresh blood, too: Jeffrey Tambor won Best Actor in a Comedy Series for his role as a transgender woman in the new Amazon series Transparent and dedicated the prize to the transgender community. Later in the night, the show also won the top TV comedy prize. Meanwhile, Gina Rodriguez beat a host of returning nominees to win Best Actress in a TV Series, Musical or Comedy for the CW’s Jane the Virgin.

On the movie side of things, the HFPA was more inclined to choose old favorites. The ever-consistent Julianne Moore won for the Alzheimer’s drama Still Alice, while Michael Keaton got Best Actor for Birdman, perhaps as much for the movie’s inherent comeback narrative than the performance itself. Even the younger winners seemed to fit into a predictable awards rationale: Eddie Redmayne may not have delivered the year’s best performance in The Theory of Everything, but awards shows sure do love their crippled geniuses.

It’s easy to get cynical about the motivations of awards shows, which often seem designed to paint the industry in a flattering light rather than reward the best art. Then again, sometimes they really do get it right. In this humble viewer’s estimation, that is exactly what happened with the two Best Picture awards, which went to Boyhood (for drama) and The Grand Budapest Hotel (for comedy). Never mind that those arbitrary genre categories fail to do justice to either movie’s range or ambitions. Let’s just be happy that Richard Linklater and Wes Anderson, two of America’s hardest-working and most distinguished filmmakers, are finally getting some awards recognition, and the chance to expose their work to a wider audience.

To steal a line from The Grand Budapest Hotel, such moments prove that “there are still faint glimmers of civilization left in thise barbaric slaughterhouse” known as awards season. 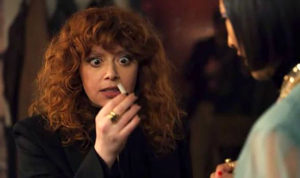 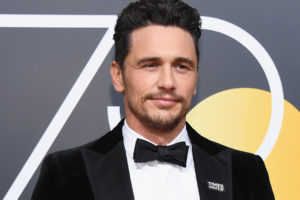