Home » The Inertia Of A Break 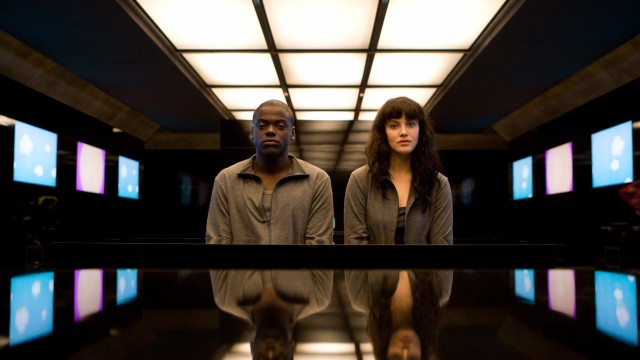 The Inertia Of A Break

Winter Break is a time to recklessly look back on the year and hopelessly attempt to catalogue and categorize each and every meaningful moment from it. If it was a good year, we celebrate. And if it was a year in which two planes disappeared off the face of the earth, we reach out blindly like NFL Commissioner Roger Goodell for some semblance of a silver lining.

For me, it’s always been a time to catch up—on sleep, on my 3,370 and growing unread emails, and really on the stuff I missed throughout the year.  It’s a time to catch up on culture, to finally watch Black Mirror and Happy Endings, to watch Guardians of the Galaxy three times, and four Emily Blunt movies.

I think I’ll be forever catching up. Apparently, “Serial,” a podcast murder mystery program, has been all the rage since October. Rage—from feigned to righteous and on Twitter to the old fashion streets—has itself made its mark throughout the year. But breaks, especially the long, cold, dark, frigid, bitter winter breaks aren’t about rage as much as inertia.

I haven’t taken a physics class in years, but Google is a dear friend, and so inertia is the tendency of an object to continue in a line at a constant velocity (a line being naturally straight of course).

It’s Newton’s first law of motion, basically stating there’s an inherent resistance to a change in state. If you roll a tennis ball down a hallway, it’s probably going to stay on that path unless something else happens, though I think “acted upon by another force” is the popular, droning phrase for the end of that sentence.

But there’s another law of the universe. It states that Ryan, when forced to do nothing, will consequently do nothing unless acted upon by another force. Winter break can’t be measured in weeks or days. When someone asked me what I did over break, I have to pause.

Winter break is like a montage scene in a movie, when time floats along from cut to cut following whatever inertia the film is driven. My break wasn’t Rocky running up the stairs, but a montage that shows me opening the next bag of Fritos, sinking deeper into a fort of blankets as the next episode rolls over on Netflix, lazily putting cream cheese on a bagel and pouring my third cup of coffee as the hub bub of your family’s morning bustles around. These are the images of a winter break.

When I left in the middle of December—almost a month ago—I thought this would be the break I’m going to get ahead: apply for some jobs or one of the ships that carry interns across the River Styx from boyhood to the land of employment. This would be the year I’d start the next great young adult novel about an all-boy, Jesuit high school for werewolves, eta 2022. But no, I didn’t get around to any of those things over break. I read an old military sci-fi book from off the shelf, watched the Lord of the Rings movies again, read a few of my favorite Harry Potter chapters, and more or less plugged along the familiar paths. It was nice.

Inertia is a hard thing to break. There’s the issue of the other force. You need a push or else you’ll just float right along from late night to late morning reading, watching, and thinking about the same stuff.

That’s the odd thing about consuming culture—it’s no fun alone (well in some cases it’s kind of fun). I think it’s nice to bounce off some other forces sometimes. I’m sure Friends is still enjoyable alone than it is with the boys, but without friends, message boards, the whole hacking internet culture just isn’t much fun.